The financial regulations require hedge funds and wealthy investors that exceeded the $100 million equity holdings threshold to file a report that shows their positions at the end of every quarter. Even though it isn’t the intention, these filings to a certain extent level the playing field for ordinary investors. The latest round of 13F filings disclosed the funds’ positions on March 31st, about a week after the S&P 500 Index bottomed. We at Insider Monkey have made an extensive database of more than 821 of those established hedge funds and famous value investors’ filings. In this article, we analyze how these elite funds and prominent investors traded BELLUS Health Inc. (NASDAQ:BLU) based on those filings.

Is BELLUS Health Inc. (NASDAQ:BLU) going to take off soon? The best stock pickers are becoming less hopeful. The number of bullish hedge fund bets were trimmed by 2 in recent months. Our calculations also showed that BLU isn’t among the 30 most popular stocks among hedge funds (click for Q1 rankings and see the video for a quick look at the top 5 stocks). BLU was in 14 hedge funds’ portfolios at the end of March. There were 16 hedge funds in our database with BLU positions at the end of the previous quarter. 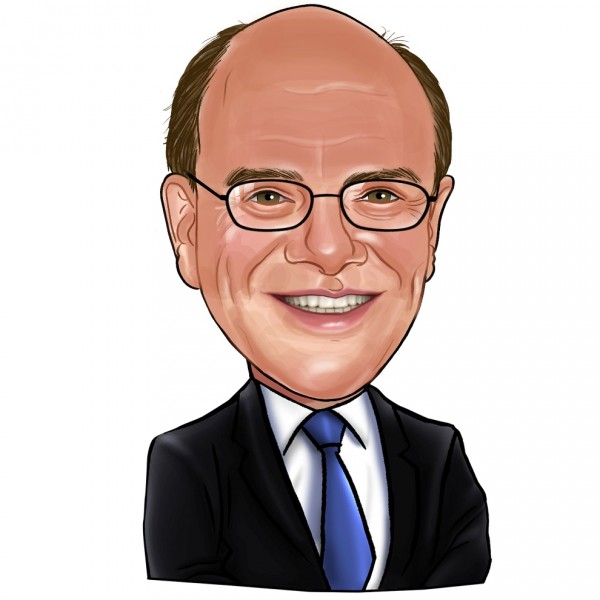 At Insider Monkey we scour multiple sources to uncover the next great investment idea. For example, blockchain technology’s influence will go beyond online payments. So, we are checking out this futurist’s moonshot opportunities in tech stocks. We interview hedge fund managers and ask them about their best ideas. We read hedge fund investor letters and listen to stock pitches at hedge fund conferences. For example we are checking out stocks recommended/scorned by legendary Bill Miller. Our best call in 2020 was shorting the market when the S&P 500 was trading at 3150 in February after realizing the coronavirus pandemic’s significance before most investors. Now we’re going to take a gander at the latest hedge fund action surrounding BELLUS Health Inc. (NASDAQ:BLU).

At the end of the first quarter, a total of 14 of the hedge funds tracked by Insider Monkey were bullish on this stock, a change of -13% from the previous quarter. Below, you can check out the change in hedge fund sentiment towards BLU over the last 18 quarters. With hedgies’ positions undergoing their usual ebb and flow, there exists a select group of key hedge fund managers who were boosting their stakes substantially (or already accumulated large positions). 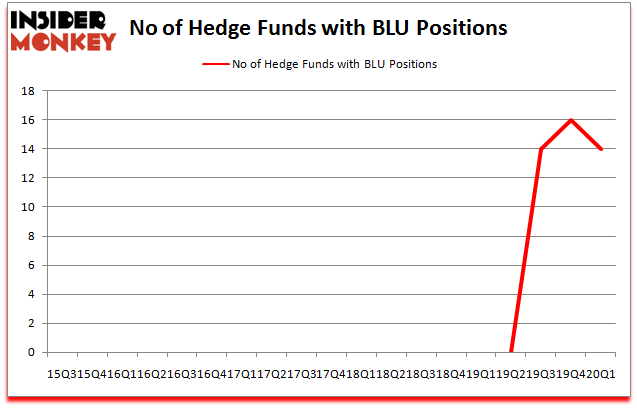 According to publicly available hedge fund and institutional investor holdings data compiled by Insider Monkey, OrbiMed Advisors, managed by Samuel Isaly, holds the largest position in BELLUS Health Inc. (NASDAQ:BLU). OrbiMed Advisors has a $69.4 million position in the stock, comprising 1.2% of its 13F portfolio. Sitting at the No. 2 spot is Polar Capital, led by Brian Ashford-Russell and Tim Woolley, holding a $23.3 million position; the fund has 0.2% of its 13F portfolio invested in the stock. Remaining hedge funds and institutional investors with similar optimism contain Mitchell Blutt’s Consonance Capital Management, Manfred Yu’s Acuta Capital Partners and Arsani William’s Logos Capital. In terms of the portfolio weights assigned to each position Acuta Capital Partners allocated the biggest weight to BELLUS Health Inc. (NASDAQ:BLU), around 5.18% of its 13F portfolio. Logos Capital is also relatively very bullish on the stock, setting aside 2.94 percent of its 13F equity portfolio to BLU.

Since BELLUS Health Inc. (NASDAQ:BLU) has experienced declining sentiment from the smart money, it’s safe to say that there lies a certain “tier” of hedge funds that decided to sell off their entire stakes in the first quarter. Interestingly, Ryan Tolkin (CIO)’s Schonfeld Strategic Advisors dumped the largest stake of all the hedgies followed by Insider Monkey, valued at about $1.2 million in stock. Anand Parekh’s fund, Alyeska Investment Group, also sold off its stock, about $0.5 million worth. These transactions are interesting, as total hedge fund interest dropped by 2 funds in the first quarter.

As you can see these stocks had an average of 13.75 hedge funds with bullish positions and the average amount invested in these stocks was $108 million. That figure was $157 million in BLU’s case. Resideo Technologies, Inc. (NYSE:REZI) is the most popular stock in this table. On the other hand Translate Bio, Inc. (NASDAQ:TBIO) is the least popular one with only 7 bullish hedge fund positions. BELLUS Health Inc. (NASDAQ:BLU) is not the most popular stock in this group but hedge fund interest is still above average. This is a slightly positive signal but we’d rather spend our time researching stocks that hedge funds are piling on. Our calculations showed that top 10 most popular stocks among hedge funds returned 41.4% in 2019 and outperformed the S&P 500 ETF (SPY) by 10.1 percentage points. These stocks gained 13.3% in 2020 through June 25th but beat the market by 16.8 percentage points. Unfortunately BLU wasn’t nearly as popular as these 10 stocks and hedge funds that were betting on BLU were disappointed as the stock returned -3.6% during the same time period and underperformed the market. If you are interested in investing in large cap stocks with huge upside potential, you should check out the top 10 most popular stocks among hedge funds as many of these stocks already outperformed the market so far this year.