With the third-quarter round of 13F filings behind us it is time to take a look at the stocks in which some of the best money managers in the world preferred to invest or sell heading into the fourth quarter. One of these stocks was Orbotech Ltd. (NASDAQ:ORBK).

Orbotech Ltd. (NASDAQ:ORBK) has seen an increase in hedge fund sentiment recently. Our calculations also showed that ORBK isn’t among the 30 most popular stocks among hedge funds.

What have hedge funds been doing with Orbotech Ltd. (NASDAQ:ORBK)? 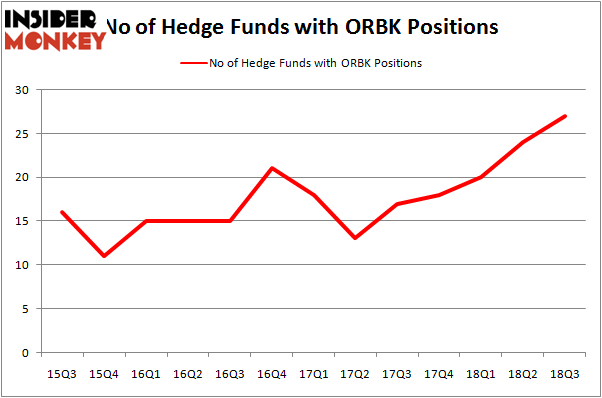 More specifically, Renaissance Technologies was the largest shareholder of Orbotech Ltd. (NASDAQ:ORBK), with a stake worth $117.2 million reported as of the end of September. Trailing Renaissance Technologies was Alpine Associates, which amassed a stake valued at $115.8 million. TIG Advisors, Millennium Management, and Sandell Asset Management were also very fond of the stock, giving the stock large weights in their portfolios.

As you can see these stocks had an average of 14.5 hedge funds with bullish positions and the average amount invested in these stocks was $184 million. That figure was $587 million in ORBK’s case. WESCO International, Inc. (NYSE:WCC) is the most popular stock in this table. On the other hand The RMR Group Inc. (NASDAQ:RMR) is the least popular one with only 9 bullish hedge fund positions. Compared to these stocks Orbotech Ltd. (NASDAQ:ORBK) is more popular among hedge funds. Considering that hedge funds are fond of this stock in relation to its market cap peers, it may be a good idea to analyze it in detail and potentially include it in your portfolio.