Meritor Inc (NYSE:MTOR) has seen an increase in enthusiasm from smart money recently.

In the financial world, there are tons of methods market participants can use to monitor publicly traded companies. A duo of the most innovative are hedge fund and insider trading movement. At Insider Monkey, our research analyses have shown that, historically, those who follow the best picks of the top money managers can outclass the S&P 500 by a superb amount (see just how much).

Just as integral, optimistic insider trading activity is a second way to break down the marketplace. Obviously, there are plenty of incentives for an upper level exec to cut shares of his or her company, but only one, very clear reason why they would behave bullishly. Plenty of academic studies have demonstrated the market-beating potential of this method if shareholders know what to do (learn more here).

Keeping this in mind, we’re going to take a glance at the key action regarding Meritor Inc (NYSE:MTOR).

How have hedgies been trading Meritor Inc (NYSE:MTOR)?

At the end of the fourth quarter, a total of 20 of the hedge funds we track were long in this stock, a change of 11% from the previous quarter. With the smart money’s capital changing hands, there exists a few noteworthy hedge fund managers who were boosting their holdings meaningfully.

According to our comprehensive database, Glenview Capital, managed by Larry Robbins, holds the biggest position in Meritor Inc (NYSE:MTOR). Glenview Capital has a $45 million position in the stock, comprising 0.6% of its 13F portfolio. On Glenview Capital’s heels is Glenhill Advisors, managed by Glenn J. Krevlin, which held a $11 million position; 0.2% of its 13F portfolio is allocated to the stock. Some other hedgies that hold long positions include Chuck Royce’s Royce & Associates, Ken Griffin’s Citadel Investment Group and Jeffrey Gendell’s Tontine Asset Management.

What have insiders been doing with Meritor Inc (NYSE:MTOR)?

Bullish insider trading is best served when the company in focus has experienced transactions within the past six months. Over the last half-year time period, Meritor Inc (NYSE:MTOR) has seen zero unique insiders purchasing, and 6 insider sales (see the details of insider trades here).

With the results demonstrated by Insider Monkey’s tactics, everyday investors should always pay attention to hedge fund and insider trading sentiment, and Meritor Inc (NYSE:MTOR) shareholders fit into this picture quite nicely. 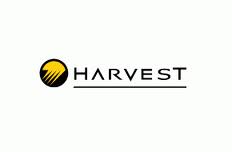 This Metric Says You Are Smart to Buy Hospira, Inc. (NYSE:HSP)
Monthly Newsletter Strategy
Download a free copy of our newsletter and see the details inside!
Hedge Fund Resource Center
Billionaire Hedge Funds