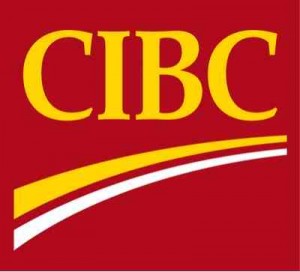 Is Canadian Imperial Bank of Commerce (USA) (NYSE:CM) ready to raly soon? Investors who are in the know are in an optimistic mood. The number of bullish hedge fund bets rose by 2 recently.

To most shareholders, hedge funds are perceived as slow, old financial tools of the past. While there are more than 8000 funds in operation today, we at Insider Monkey look at the aristocrats of this club, close to 450 funds. It is estimated that this group controls the lion’s share of all hedge funds’ total asset base, and by watching their top picks, we have unearthed a number of investment strategies that have historically outstripped Mr. Market. Our small-cap hedge fund strategy outstripped the S&P 500 index by 18 percentage points per annum for a decade in our back tests, and since we’ve started sharing our picks with our subscribers at the end of August 2012, we have outperformed the S&P 500 index by 24 percentage points in 7 months (check out a sample of our picks).

Just as important, optimistic insider trading activity is a second way to break down the marketplace. Just as you’d expect, there are lots of reasons for a bullish insider to get rid of shares of his or her company, but only one, very obvious reason why they would buy. Plenty of empirical studies have demonstrated the useful potential of this strategy if you understand what to do (learn more here).

What does the smart money think about Canadian Imperial Bank of Commerce (USA) (NYSE:CM)?

At the end of the fourth quarter, a total of 9 of the hedge funds we track were long in this stock, a change of 29% from the third quarter. With hedgies’ capital changing hands, there exists a select group of notable hedge fund managers who were increasing their stakes significantly.

Of the funds we track, Peter Rathjens, Bruce Clarke and John Campbell’s Arrowstreet Capital had the largest position in Canadian Imperial Bank of Commerce (USA) (NYSE:CM), worth close to $46.1 million, comprising 0.2% of its total 13F portfolio. The second largest stake is held by Jim Simons of Renaissance Technologies, with a $31.1 million position; the fund has 0.1% of its 13F portfolio invested in the stock. Some other hedgies that are bullish include Neil Chriss’s Hutchin Hill Capital, D. E. Shaw’s D E Shaw and Steven Cohen’s SAC Capital Advisors.

As aggregate interest increased, some big names were breaking ground themselves. SAC Capital Advisors, managed by Steven Cohen, initiated the most outsized position in Canadian Imperial Bank of Commerce (USA) (NYSE:CM). SAC Capital Advisors had 3.5 million invested in the company at the end of the quarter. Israel Englander’s Millennium Management also initiated a $2.5 million position during the quarter. The only other fund with a brand new CM position is John Overdeck and David Siegel’s Two Sigma Advisors.

How have insiders been trading Canadian Imperial Bank of Commerce (USA) (NYSE:CM)?

Insider purchases made by high-level executives is best served when the primary stock in question has seen transactions within the past half-year. Over the latest six-month time period, Canadian Imperial Bank of Commerce (USA) (NYSE:CM) has experienced zero unique insiders purchasing, and zero insider sales (see the details of insider trades here).

Let’s also review hedge fund and insider activity in other stocks similar to Canadian Imperial Bank of Commerce (USA) (NYSE:CM). These stocks are The Bank of Nova Scotia (USA) (NYSE:BNS), SunTrust Banks, Inc. (NYSE:STI), Bank of Montreal (USA) (NYSE:BMO), and PNC Financial Services (NYSE:PNC). This group of stocks are in the money center banks industry and their market caps are similar to CM’s market cap.

The Dolan Company (DM): Hedge Funds and Insiders Are Bullish, What Should You...