Franklin Resources, Inc. (NYSE:BEN) was in 29 hedge funds’ portfolio at the end of the fourth quarter of 2012. BEN has seen an increase in support from the world’s most elite money managers lately. There were 27 hedge funds in our database with BEN positions at the end of the previous quarter.

If you’d ask most traders, hedge funds are seen as slow, old financial tools of years past. While there are greater than 8000 funds with their doors open today, we look at the bigwigs of this club, around 450 funds. It is estimated that this group has its hands on the lion’s share of the smart money’s total asset base, and by keeping an eye on their top stock picks, we have deciphered a few investment strategies that have historically beaten the broader indices. Our small-cap hedge fund strategy outstripped the S&P 500 index by 18 percentage points per year for a decade in our back tests, and since we’ve started sharing our picks with our subscribers at the end of August 2012, we have outclassed the S&P 500 index by 25 percentage points in 6.5 month (see all of our picks from August). 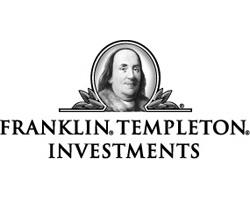 Equally as key, positive insider trading activity is another way to break down the world of equities. There are a number of reasons for an insider to get rid of shares of his or her company, but only one, very simple reason why they would initiate a purchase. Various empirical studies have demonstrated the market-beating potential of this strategy if piggybackers know what to do (learn more here).

Keeping this in mind, we’re going to take a glance at the latest action surrounding Franklin Resources, Inc. (NYSE:BEN).

At the end of the fourth quarter, a total of 29 of the hedge funds we track were long in this stock, a change of 7% from the third quarter. With the smart money’s positions undergoing their usual ebb and flow, there exists a select group of notable hedge fund managers who were increasing their holdings meaningfully.

According to our comprehensive database, Mason Hawkins’s Southeastern Asset Management had the most valuable position in Franklin Resources, Inc. (NYSE:BEN), worth close to $510 million billion, comprising 2.2% of its total 13F portfolio. On Southeastern Asset Management’s heels is Pzena Investment Management, managed by Richard S. Pzena, which held a $169 million position; 0.3% of its 13F portfolio is allocated to the stock. Remaining peers that hold long positions include David Winters’s Wintergreen Advisers, Ricky Sandler’s Eminence Capital and John W. Rogers’s Ariel Investments.

With a general bullishness amongst the heavyweights, key hedge funds have jumped into Franklin Resources, Inc. (NYSE:BEN) headfirst. Ascend Capital, managed by Malcolm Fairbairn, created the most valuable position in Franklin Resources, Inc. (NYSE:BEN). Ascend Capital had 7 million invested in the company at the end of the quarter. Jim Simons’s Renaissance Technologies also initiated a $5 million position during the quarter. The other funds with new positions in the stock are Phill Gross and Robert Atchinson’s Adage Capital Management, Ray Dalio’s Bridgewater Associates, and David Costen Haley’s HBK Investments.

What do corporate executives and insiders think about Franklin Resources, Inc. (NYSE:BEN)?

Insider buying is at its handiest when the company in question has seen transactions within the past 180 days. Over the last six-month time frame, Franklin Resources, Inc. (NYSE:BEN) has experienced zero unique insiders purchasing, and 4 insider sales (see the details of insider trades here).

With the results shown by Insider Monkey’s research, everyday investors must always pay attention to hedge fund and insider trading activity, and Franklin Resources, Inc. (NYSE:BEN) is no exception.

How the Power of Incentives Is Punishing Your 401(k): Bank of America Corp (...