Here’s How This $5 Billion Hedge Fund Has Been Investing (Dailyfinance)
Every quarter, many money managers have to disclose what they’ve bought and sold via 13F filings. Their latest moves can shine a bright light on smart stock picks. Today let’s look at Farallon Capital Management, founded by Thomas Steyer in 1986, which employs a bottom-up fundamental investing strategy. The company’s reportable stock portfolio totaled $4.8 billion in value as of March 31, 2012.

A peek inside hedge funds in Asia (NDTV)
Some of Asia’s oldest hedge funds are ditching short-selling as investors pull out of the strategy on concerns that bearish bets are failing to pay off and not worth the hefty fees they bring. The move from the traditional hedge fund structure to long-only investing is part of the growing shake-out of Asia’s $124 billion industry, and is a potential blow to the investment banks supporting the sector.

Falcone Said To Face Lawsuit From Regulators Over Loan (Bloomberg)
Philip Falcone, the billionaire hedge-fund manager whose largest investment went bankrupt after being blocked by regulators, now faces a showdown in court with the Securities and Exchange Commission. Falcone, the 49-year-old founder of Harbinger Capital Partners LLC, may be sued by the regulator as soon as this week over claims he improperly borrowed client money to pay his taxes, according to two people familiar with the matter. He may also face claims that he gave preferential treatment to Goldman Sachs Group Inc. (GS), an investor in his fund, and manipulated markets when trading bonds of MAAX Holdings Inc., said the people, who asked not to be identified because the matter isn’t public.

Investment-Research Firm Employee Surrenders in Insider Probe (WSJ)
The founder of a California-based independent equity research firm pleaded guilty Tuesday to sharing inside information with two hedge-fund managers who previously admitted to trading on corporate secrets. Tai Nguyen, the owner and sole employee of Insight Research LLC, admitted that he shared nonpublic information about biotechnology company Abaxis Inc. with fund managers Noah Freeman and Samir Barai, who were clients of his research firm. Both men pleaded guilty to criminal charges and Mr. Freeman agreed to cooperate with the government’s probe.

Steinhardt says hysteria on Europe unwarranted (Reuters)
Michael Steinhardt, one of the legends of the hedge fund industry, thinks there’s too much hysteria these days about the euro zone blowing up. “My feeling is that the present mentality is worse than the realities,” said Steinhardt, who retired from the hedge fund business in 1995 after running up an extraordinary two-decade record of double-digit returns. “I would’ve guessed the euro will survive and somehow, some way.”

Mitt Romney’s hedge fund history (Fortune)
Mitt Romney likes to talk about his time as a venture capitalist with Bain Capital, helping to launch corporate giants like Staples and The Sports Authority. His critics like to focus on Romney’s years as a leveraged buyout investor, highlighting (a handful of) deals in which Bain made money while its portfolio companies went broke. Job creator versus corporate raider. Both narratives are largely legitimate, since Bain Capital diversified its investment activities during Romney’s time at the helm.

Metal detector buffs strike gold with £10m Iron Age ‘hedge fund’ (TheSun)
TWO metal detector enthusiasts have struck gold and found a massive hoard of ancient coins worth up to £10 MILLION – after searching for more than 30 years. Determined Reg Mead and Richard Miles spent decades patiently scouring fields in Jersey after hearing rumours that a farmer had discovered silver coins on his land.

Flexible equity funds rode Spring volatility-Lipper (Reuters)
Freedom to operate hedge fund-like strategies such as short selling or betting big on specific stocks paid off for a small number of equity funds who outshone rivals during the market falls of April and May, a ranking of funds in the UK showed. A ranking by funds data firm Lipper, a Thomson Reuters company, of all 3,500 equity funds available in the UK during the two-month sell-off caused by Europe’s debt crisis showed a diverse group of funds at the top.

Houston G.O.P. Chief Faces Lawsuit Over Hedge Fund Loan (Finalternatives)
A Houston political heavyweight is fighting a collection lawsuit stemming from a six-year-old loan from a hedge fund. Jared Woodfill, a plaintiffs’ lawyer and chairman of the Harris County Republican Party, and his law firm, Woodfill & Pressler, borrowed $5 million from hedge fund Gerova Asset Backed Holdings in 2006. Gerova went under in 2010, the year that Woodfill allegedly defaulted on the loan.

Julius Baer proposes pooling with other pensions for new breed of FoHF (HFMWeek)
The roughly 2bn CHF ($2.07bn) Julius Baer pension fund has called for fundamental change to the way institutional investors approach hedge fund manager selection and is looking at pooling with other pension schemes to create a new kind of fund of hedge funds (FoHF). “I propose to fundamentally change our approach by pooling a fund and asking the hedge fund community to provide us with a 10% return and not lose more than 10% in any given year – as simple as that,” explained Dr Sassan Zaker, deputy head of Special Mandates and manager of Alternative Mandates for the Swiss pension fund, at the GAIM 2012 conference, attended by HFMWeek.

Opus Fund Services Races to 100th Client (MarketWatch)
Opus Fund Services, an award winning and leading independent full-service fund administrator, today announced that it has implemented the 100th client onto its ONE platform. Robin Bedford, Opus CEO, says, “The scalability of our ONE platform, and our ability to deliver a consistent and high quality product, during a period of such exceptional growth, is clearly evidenced by the continued industry and client recognition.”

Energy Stocks Jim Cramer Recommended The Most In June (SeekingAlpha)
For ordinary investors, listening to the recommendations of experienced money managers is always helpful. Jim Cramer’s Mad Money, for example, is a good source of getting investment ideas. Cramer used to be a hedge fund manager and generated stunning returns during his tenure. He retired in 2000 and later became the host of Mad Money. Cramer shares his opinions about various publicly traded companies during the TV show, helping the audience make informed decisions about their own investments. In this article, we are going to take a closer look at a few of the energy stocks that Cramer recommended the most this month. By investing in energy stocks, investors can gain exposure to oil prices, thus protecting themselves from a decline in the U.S. dollar.

Rajaratnam Cooperator Smith Granted Two Years’ Probation (Bloomberg)
Adam Smith, a former Galleon Group LLC portfolio manager described by prosecutors as a “key” cooperating witness against Raj Rajaratnam, was sentenced to two years’ probation and agreed to forfeit $105,300. “I am deeply sorry for the mistakes I’ve made and I’m incredibly humbled and ashamed,” Smith said when he was sentenced yesterday in Manhattan federal court. “I apologize to those who I have caused pain and harm, to my wife, my friends and my family. I love my wife, my sons, my family and my friends.”

A Hedge Funder Turned 7 Apartments In A Townhouse Into One Sick Bachelor Pad And Is Selling It For $20 Million (BusinessInsider)
Space is scarce in the West Village, unless you’re G2 Partners managing director John de Neufville. He turned two triplexes (purchased in 2002 for $2 million) into one massive bachelor’s pad. In fact, de Neufville thinks the house is too massive. According to the WSJ, that’s why he’s selling it. “I didn’t feel like I needed to live in a 7,000-square-foot house by myself,” Mr. de Neufville said.

Looking back on Paulson’s Sino-Forest pummeling and Deutsche Bank’s prime brokerage spree (Absolutereturn-Alpha)
After weeks of refusing to discuss its Sino-Forest position, Paulson & Co. sent its investors a four-page letter detailing the firm’s involvement with the Chinese forestry company, which stock research firm Muddy Waters Research had accused of fraudulent accounting. Shares in the company had plummeted, costing Paulson hundreds of millions of dollars of paper losses. (Sino-Forest has consistently denied the allegations.) In the letter, Michael Waldorf, a managing director at the firm, and James Wong, Paulson’s head of investor relations, noted that the firm’s Sino-Forest positions were limited to its Paulson Advantage funds…

SEC Sues Fund Adviser for Fees Charged in Breach of Duty Under the Investment Company Act (SEC)
The Securities and Exchange Commission today sued AMMB Consultant Sendirian Berhad (AMC), a Malaysian investment adviser, alleging that for more than a decade, AMC charged a U.S. registered fund for advisory services that AMC did not provide. The SEC alleges that by doing so, AMC breached its fiduciary duty with respect to compensation under the Investment Company Act of 1940. Kuala Lumpur-based AMC served as a sub-adviser to the Malaysia Fund, Inc., a closed-end fund that invests in Malaysian companies, whose principal investment adviser is Morgan Stanley Investment Management, Inc. (MSIM). The SEC alleges that AMC misrepresented its services during the fund’s annual advisory agreement review process for each year for more than 10 years, and AMC collected fees for advisory services that it did not provide.

Lyxor launches two new “risk-balanced” ETFs (HFMWeek)
Lyxor Asset Management, the French investment firm, has launched two exchange traded funds (ETFs) on the NYSE Euronext Paris, which it has termed ‘risk-balanced’ in a statement. “These new funds are the first of a range of ETFs that are based on a new generation of smart indices, which balance their component assets according to risk,” according to the release issued by Lyxor earlier on Tuesday.

Phoenix hires Rachel Craft to BD role (HFMWeek)
Phoenix Investment Advisor, a US firm managing nearly $500m, has hired debt expert and Credit Suisse veteran Rachel Craft as vice president of business development and investor relations. According to a statement issued today, she will be tasked with the expansion of the firm’s institutional client base in her new role at Phoenix, which was founded by Jeff Peskind in 2003 and focuses on deeply discounted, cash paying bonds and equities.

Finisterre hires JPMorgan veteran to Global Opportunity Fund (HFMWeek)
Former JPMorgan Chase managing director Darren Walker has joined Finisterre Capital, the long/short emerging markets manager, as portfolio manager for its Global Opportunity Fund. He starts work this month after leaving the investment bank in March and will report to Yan Swiderski, a Finisterre partner and lead portfolio manager for the fund, according to a statement released today.

Hedge fund job openings concentrated in New York and Connecticut; Lean times in Boston, Dallas (Absolutereturn-Alpha)
New York State has one of the higher unemployment rates in the nation. But don’t blame hedge funds: New York City is the top spot in the world for industry job openings, according to new data from jobs site HFObserver. The Big Apple is followed by Connecticut (including Greenwich, Stamford and Westport, home to Bridgewater Associates, the largest hedge fund firm in the Americas) and London. Chicago and Boston, last year’s second and third most fertile job…

Hedge Fund Exits From Trades That Made Waves for J.P. Morgan’s ‘Whale’ – Sources (WSJ)
Saba Capital Management has exited from a series of credit derivatives trades that pitted the New York hedge fund against now-infamous derivatives trades by the London-based Chief Investment Office of J.P. Morgan Chase & Co. (JPM), according to people familiar with the matter. The complex trade that saddled J.P. Morgan’s “London whale” with at least $2 billion in losses had three key components, according to people familiar with the strategy, but the …

Warren Buffett News: ‘I Do Not Have Any Secret Sauce’ 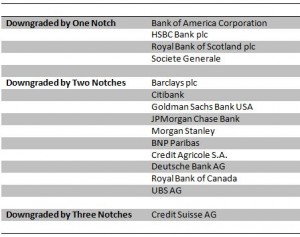 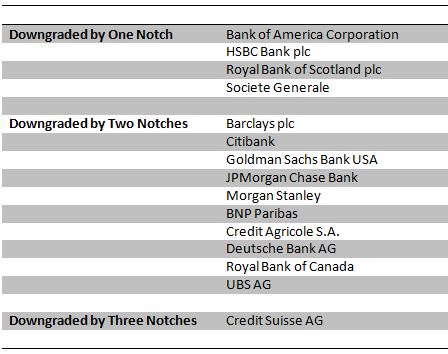