T. Boone Reborn (Forbes)
Aboard his Gulfstream G550, T. Boone Pickens — legendary trader, corporate raider, energy visionary and billion-dollar philanthropist — slides off his shoes and reaches down to grab his feet. He’s got a surprise in store. Pulling his legs up onto the thick leather seat, he tucks himself into lotus position, as if getting ready to meditate. It’s proof that he’s still got it: physical strength, stamina, ability. A future. “He’s the most flexible man I’ve ever known,” Pickens’ wife, Toni Brinker, says with a wry smile. The two were married on Valentine’s Day in the lovely chapel next to the opulent lodge on his 68,000-acre ranch northeast of Amarillo in the Texas panhandle. It’s the fifth marriage for Pickens and the fourth for Brinker, who is some 20 years his junior. 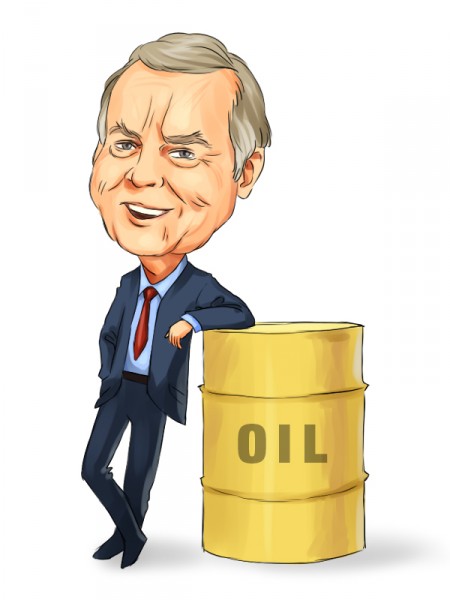 Ackman and Loeb: Critics of governance at Herbalife and Sotheby’s (CNN)
Hedge fund activists often have very different strategies from each other, and very different opinions about a company’s fortunes. Take William Ackman’s shorting of Herbalife Ltd. (NYSE:HLF), while at the same time George Soros, Daniel Loeb, and Carl Icahn all took long positions in the stock. But one element underlies most if not all of their investments — governance, and a belief that it makes a difference to a company’s bottom line. To investigate this theory I will look at four recent transactions, two each for Ackman’s Pershing Square and Loeb’s Third Point. Ackman’s investments in Canadian Pacific Railway Limited (USA) (NYSE:CP) and Herbalife have been performing very differently from each other, until recently. Ackman’s Pershing Square invested in Canadian Pacific in September 2011 and saw its investment more than triple by June last year when it started to sell off part of its holding.

New Helen of Troy CEO Mininberg Appointed to Board (WSJ)
Helen of Troy Limited (NASDAQ:HELE) new chief executive, Julien R. Mininberg, will join the board and is expected to be nominated as a director at the company’s next annual shareholder meeting. Mr. Mininberg took over as CEO at the beginning of March. He was appointed in January to succeed Gerald J. Rubin, who left to become the chief of a real-estate firm in El Paso, Texas. …In February, the company–responding to hedge fund Sachem Head Capital Management, which had complained about the company’s governance and called on it to consider a possible sale–said it would continue to evaluate opportunities to enhance shareholder value.

How to afford a hedge fund location without a hedge fund budget (RealBusiness)
I recently read some research that will leave many business owners speechless. It showed average rents for the most expensive office locations worldwide, and the figures are mind-boggling. They’re particularly hard to contemplate when 80 per cent of entrepreneurs think that lack of access to cash is one of the key obstacles to setting up a business, according to our own research. Head of the list, which was put together by Jones Lang La Salle, is London’s St James’s area, beloved of sovereign wealth and hedge funds. An office there could set you back £118 per square foot a year. You’d enjoy elegant surroundings and prestigious neighbours, but you’d still be facing maintenance and utility bills, reception salaries, and set-up costs on top of that.

Isn’t Wall Street supposed to help businesses grow? (LeaderTelegram)
The issue: A hedge fund manager stands to cash in big if he can successfully ruin a company. Our view: The laws need to change. America needs investors to help build companies, not destroy them. Most of us were taught that capitalism is the best economic system because its bedrock is that if you offer a good product or service and work hard, you will be rewarded. This provides the incentive to build a better mousetrap. Capitalism and innovation supposedly come together on Wall Street in New York City as investors seek out the best entrepreneurs to help build companies and share in the rewards if their investment risk pays off.

Why BioFuel Energy (BIOF) Is Soaring on Monday (TheStreet)
BioFuel Energy Corp. (NASDAQ:BIOF) is soaring on Monday after receiving a preliminary non-binding proposal after the bell Friday. Shortly after market open, shares had exploded 89.5% to $5.95. 595 On Friday, the Denver, Colo.-based business received a proposal from Greenlight Capital, founded by hedge fund manager David Einhorn, and James R. Brickman which suggested BioFuel acquire equity in real-estate developer JBGL Capital and JBGL Builder Finance. JBGL is currently owned and controlled by Greenlight and Brickman. In a letter to BioFuel’s board, Einhorn and Brickman proposed the purchase for $275 million, payable in cash and stock.