Even with the recent drop in gold prices, many hedge funds and analysts believe gold is still a good investment and the best store of value. Paul Singer, founder and president of the Elliot Management Corp., which manages over $22 billion in assets, is still one of the believers in the yellow metal. “We remain unconvinced that genuine normalization of global economic and financial conditions has been achieved,” said Singer in a recent interview with Bloomberg. (2) “There is only one store of value and medium of exchange that has stood the test of time as ‘real money,’ and that is gold.”

Top hedge funds bet on Greek banks (Financial Times)
Some of the world’s leading hedge funds are pouring money into the Greek banking sector in expectation of huge potential returns, even as the country struggles to right its economy in the face of deep government spending cuts. Farallon Capital, York Capital Management, QVT Financial and Dromeus are among hedge funds that are set to participate in the recapitalisation of the country’s banks. The hedge funds are among the largest institutions involved in a €550m share issue from Alpha Bank, Greece’s second-largest lender, set for completion in mid June, said people familiar with the plans.

This Hedge Fund Just Overhauled Its Equity Portfolio; Should You Pay Attention? (Seeking Alpha)
SG Capital Management, one of the “elite” 450 hedge funds we track, has filed its 13F filing for the first quarter of 2013, and it indicates that some significant changes have been made. Ken Grossman and Glen Schneider, the fund’s managers, have a new favorite holding in the No.1 spot, while a couple of newcomers occupy the 4th and 5th positions. II-VI, Inc. (NASDAQ:IIVI), a manufacturer of engineered materials and opto-electronic components, is a new addition to SG Capital Management’s 13F portfolio, and incredibly, now holds the No. 1 spot. Grossman and Schneider bought more than 800,000 shares worth by the end of the first quarter. 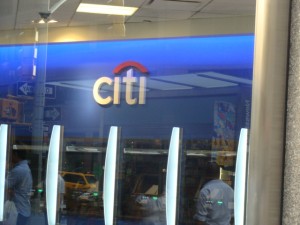 Michael Corbat, hunting for revenue seven months into his tenure as chief executive officer of Citigroup Inc. (NYSE:C), said the improving U.S. housing market and declining unemployment won’t ignite the nation’s economy unless companies start spending. Corbat and his fellow CEOs at other U.S. banks need stronger economic growth to fuel revenue that’s being undermined by a slump in trading and regulators’ efforts to rein in risks in the wake of 2008’s credit-market turmoil.