Soros Drops Shares in Israel’s SodaStream (JewishVoiceNY)
Billionaire investor George Soros’ family office, Soros Fund Management, has jumped on the divest Israel band wagon. He has sold all his holdings in the Israel based company Sodastream International Ltd (NASDAQ:SODA), which consisted of 550,000 shares. SodaStream has its main factory located in the West Bank region. This sudden sale has returned them to the spotlight again, since the beautiful Scarlett Johansson controversy had them in the headlines a while back. A Soros spokesman declined to comment on the motivation behind the sale. 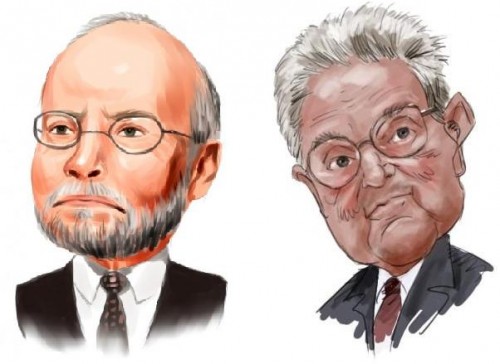 SEC Launches ‘Sweep’ Of Alternative Mutual Funds (Finalternatives)
The Securities and Exchange Commission is casting a skeptical eye on one of the fastest-growing trends in alternative investments: hedge-fund like mutual funds. The regulator has begun a “sweep” of the alternative mutual fund industry, The Wall Street Journal reports. For now, the SEC’s mission is information-gathering, rather than enforcement, with plans to examine about 30 firms offering such funds by April. If the agency finds anything, it may choose to examine additional managers.

Polar Star to launch two new balanced commodity hedge funds this month (Opalesque)
A South African commodity hedge fund shop located in Cape Town is launching two new funds following the success of its existing crops. The history of the firm started with the Polar Star Fund (ZAR), which was launched in October 2008 within BlueAlpha Investment Management. In January 2010, Murray Derksen and Casper Groenewald joined BlueAlpha as the new managers on this fund. They launched the Polar Star Fund Limited (USD) in July 2010 and were later joined by their former colleagues from Rand Merchant Bank, Johann Theron in February 2013 and Francois Maritz in May 2014.

Pershing Square’s Ackman touts performance ahead of IPO (NYPost)
Bill Ackman is touting his 10-year track record as a corporate cage rattler while defending two of his more controversial activist plays as he gears up for an IPO later this year. Since launching Pershing Square in 2001, Ackman said his funds have an annualized rate of return to investors of 21 percent — one of the top hedge fund performances — compared with 8 percent for the benchmark S&P 500. Ackman cited his performance in his second quarter letter to investors, in which he also made reference to the upcoming IPO of one of his funds, saying it would happen “later this year.”