Activist Unveils Bank Investment (CNBC)
Activist investor Clifton Robbins thinks buying stock in Investors Bancorp is a near-sure way to make money. “This is one of the best risk return investments I’ve seen,” the CEO of hedge fund Blue Harbour Group said Monday at the 13D Monitor Active-Passive Investor Summit in New York. Blue Harbour is a $3.7 billion hedge fund firm that focuses on friendly collaboration with the companies it invests in, unlike some of its more confrontational activist peers. 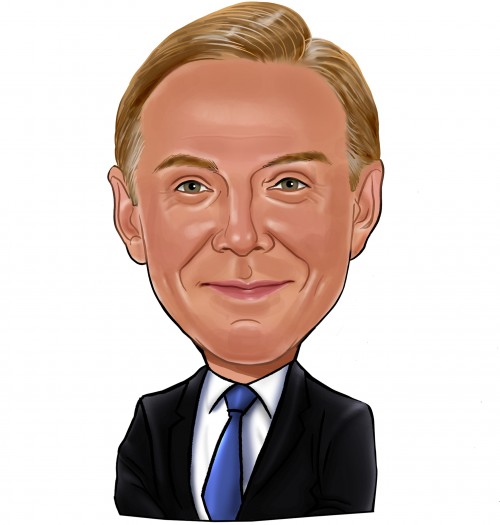 Activist Jana Calls for Qualcomm to Weigh Chip Unit Spinoff (Bloomberg)
Qualcomm Inc. should consider spinning off its chipset business as part of a strategic review of options to boost shareholder value, activist investor Barry Rosenstein said. Separating the unit, which makes chips for mobile phones, could make it a takeover target, Rosenstein said Monday at 13D Monitor’s Active-Passive Investor Summit in New York. Rosenstein’s Jana Partners, which has invested more than $2 billion in Qualcomm, has held talks with the company’s management, he said.

Druckenmiller: This Could End ‘Very Badly’ (CNBC)
Billionaire investor Stanley Druckenmiller has once again warned that the easy money policies of recent years could end poorly. “I know it’s so tempting to go ahead and make investments and it looks good for today,” the retired founder of Duquense Capital Management said, “but when this thing ends, because we’ve had speculation, we’ve had money building up four to six years in terms of a risk pattern, I think it could end very badly.”

Big Funds Turn Bullish on Oil; Hall Bets on Rally H2 Onwards (Reuters)
Big money investors are calling a bottom in oil prices, U.S. government data showed on Friday, with hedge fund heavyweight Andy Hall predicting “much stronger prices” from the second half onwards. The data affirmed a growing notion that some of the biggest investors have started betting on a rebound after a seven-month price rout that subsided in January – something Hall asserted in this month’s letter to investors in his hedge fund. “The seasonal pickup in H2 demand should mean much stronger prices down the road,” Hall, who manages the $3 billion Astenbeck Capital Management in Westport, Connecticut, said in the letter, a copy of which was reviewed by Reuters on Friday.

Protesters Disrupt Hedge Fund Conference in Midtown Manhattan (Reuters)
Roughly 400 hedge fund managers, investors, lawyers and journalists got something that was not on the lunchtime menu at an industry conference on Monday when roughly two dozen protesters interrupted the meal, shouting out prominent names of attendees and demanding better wages at fast-food restaurants. An unidentified person with the group, which represents the Restaurant Opportunity Center, said they came to protest because speakers at the conference, including Bill Ackman and Jeff Smith, say they want to create value for shareholders even though workers at the companies are still underpaid.

Paul Singer’s Hedge Fund Takes A Dip (New York Post)
Hedge fund mogul Paul Singer started off 2015 with a rare miss — the first quarter in almost three years that one of his hedge funds has been down and one of only 12 in his stellar 38-year run. Singer’s Elliott International hedge fund fell half a percentage point in the first three months. While Singer has made headlines for his decade long battle with Argentina over defaulted debt, investors in his $25 billion firm, Elliott Management, know him best for stable returns. And the loss, however small, undercuts one of his chief selling points.

Coffee Goes From First to Worst as Hedge Funds Hold Short Bets (Bloomberg)
Coffee, last year’s best-performing commodity, is now among the worst thanks to the return of rains in parched growing areas of Brazil. Showers in February and March brightened the outlook for crops that will start being collected in May. With more coffee on the way, exporters are now shipping more from inventories to make room. Hedge funds have bet on lower prices for six weeks, the longest stretch in more than a year. Bull-to-bear market gyrations spurred by changing weather in Brazil, the top producer and exporter, made coffee the most volatile commodity in the past year. Prices surged 50 percent in 2014 amid a drought.