Ackman burst on the scene last summer, purchasing a nearly $2 billion stake in the consumer products giant and demanding big changes to boost The Procter & Gamble Company (NYSE:PG) stock that had been trapped under $68 a share for more than three years. He also questioned whether chief executive Bob McDonald was the right man for the corner office, citing better performance from rivals Unilever and Colgate. But since then, Cincinnati-based P&G has silenced critics with strong results from a turnaround plan that already had begun. The Procter & Gamble Company (NYSE:PG) shares soared to an all-time high of $82.54 in April and closed at $78.19 Friday on new investor optimism. Ackman’s hedge fund, Pershing Square Capital Management, has shared in the profits, making up to $500 million on its investment. Ackman, meanwhile, has had to focus his attention on troubled investments elsewhere.

Buffett Says Next CEO to Bolster Berkshire Aura for Crisis Deals (Bloomberg)
Berkshire Hathaway Inc. (NYSE:BRK.B)’s reputation as a lender of last resort will get stronger under its next chief executive officer because the company will have more capital to deploy in times of crisis, Warren Buffett said. Buffett boosted returns at his company in recent years by injecting a combined $8 billion into Goldman Sachs Group Inc. and General Electric Co. during the 2008 financial crisis and $5 billion in Bank of America Corp (NYSE:BAC) in 2011 after the lender’s stock slumped. Investors have questioned whether similar opportunities will be available after the departure of Buffett, whose bets can boost market confidence. The next CEO will have access to even more capital as Berkshire Hathaway Inc. (NYSE:BRK.B) expands, he said in response to a question from Doug Kass, the investor who was invited to ask bearish questions at the meeting.

Cargill fund ups BFB stake (Stock Journal)
A hedge fund run by an arm of the world’s largest agriculture company, Cargill, has increased its stake in the unlisted agricultural company BFB Group, which has reported another solid full-year profit. The fund, Black River Asset Management, increased its stake in the $186 million unlisted agricultural land and logistics company by more than $11 million, signalling that profitable Australian agriculture is still on the radar for the world’s biggest fund ­managers. BFB, which purchased the prized Billabong Station in the Eurongilly Valley, east of Wagga Wagga, NSW, last year, reported a $3.7 million profit for 2012. 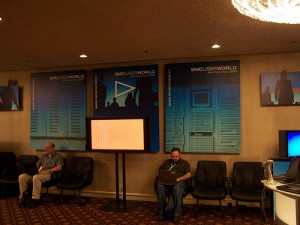 A private equity group made up of Bain Capital and Golden Gate Capital Corp are nearing a deal to acquire BMC Software, Inc. (NASDAQ:BMC) and an announcement could come as early as Monday, two people familiar with the matter told Reuters. The negotiated price is around $46 per share, said one of the people who wished to remain anonymous because they are not permitted to speak to the media. That would value the deal at $6.55 billion. Discussions are ongoing and the terms could still change, the sources said on Sunday.

Cooperman: Bill Ackman is ‘foolish’ (Fortune)
Leon Cooperman, who runs hedge fund firm Omega Advisors, wasn’t directly knocking the investment. And he said Ackman is “one of the best investing minds around and his research may be right.” But he also called Ackman “foolish” for…