Published on November 1, 2016 at 8:00 am by Javier Hasse in Hedge Fund Investor Letters, Hedge Funds, News

Large hedge funds are required to disclose all of their long stakes in U.S.-traded securities once per quarter. While that data can be useful in and of itself (and we are the leading publication to make use of that data), it’s also useful for investors to hear the various theses that money managers have on various companies, to provide added context. That’s why we also extensively cover hedge fund investor letters, and we have two such letters to run through today.

Anthony Bozza’s Lakewood Capital Management recently issued its third quarter letter to investors, detailing its shorts in ViaSat, Inc. (NASDAQ:VSAT) and 2U Inc (NASDAQ:TWOU). The First Eagle Global Value Fund also shared some commentary recently regarding some of its third quarter stakes, including those in Sanofi SA (ADR) (NYSE:SNY), Oracle Corporation (NYSE:ORCL) and Microsoft Corporation (NASDAQ:MSFT). Let’s take a look at these funds’ positions and see what they had to say about them, as well as take a glimpse at what other major hedge funds think about these companies. 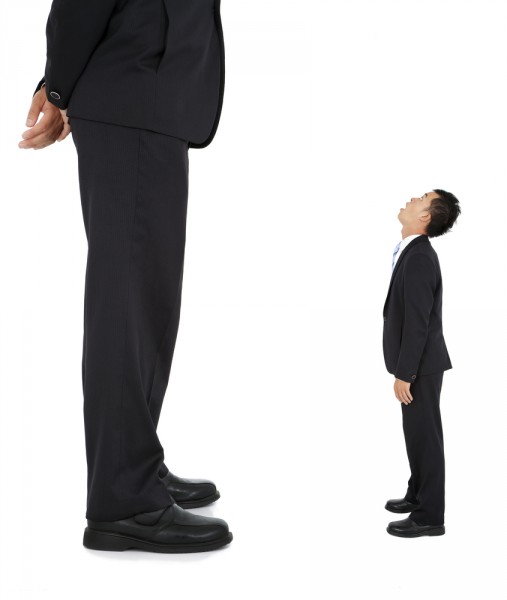 According to Lakewood Capital Management’s third quarter letter to investors, the firm generated returns of 4.3% over the quarter. However, the fund noted that its results would have been much better if it wasn’t for its short positions.

Seeking better performance in its short positions, Lakewood started a new short in 2U Inc. As per the letter, investors are failing to notice “the business model’s questionable economic value creation potential and an increasingly competitive market.” Any optimism that could arise is underscored by the company’s current valuation. 2U boasts a $1.7 billion market cap even though it has generated negative free cash flow every year since it was created, and estimates call for only $2 million of adjusted EBITDA this year.

“By applying a discounted cash flow analysis to each of 2U’s existing programs and potential new program launches, we calculate a total value of $22 per share including cash and NOLs, roughly 40% below the current share price. As competition likely erodes program economics beyond what we modeled over time, we believe the downside in the company’s share price could be even greater,” Lakewood’s memo concluded.

Opposite to Bozza’s fund, firms in our database long 2U Inc (NASDAQ:TWOU) as of September 30 included Ken Fisher’s Fisher Asset Management, with 18.37 million shares valued at more than $1 billion, and Louis Navellier’s Navellier & Associates, with 122,235 shares.

Another big short in Lakewood’s portfolio is ViaSat, a position initiated in the fourth quarter of 2015. Even though the company’s earnings estimates have fallen considerably, the stock has gained about 20% year-to-date, “as an upbeat management team has sold investors on a bright future, filled with new satellite launches and future profits. We expect that the ViaSat of the future will look much like the ViaSat of today, which is a highly levered, barely profitable, low-margin, free cash flow negative business,” Lakewood’s letter stated.

“Given the capital intensity of the satellite business and the finite useful lives of the assets, we prefer to utilize an EBIT-based valuation approach, and even after accounting for the contribution from ViaSat-2, we estimate a valuation of nearly 30x EBIT (versus about 70x on current year EBIT). If the company were to trade at a generous multiple of 20x our estimate of fiscal year March 2019 EBIT, we arrive at a price target of about $40 per share or 45% below current levels,” the firm added.

ViaSat, Inc. (NASDAQ:VSAT) was held by 15 funds that we track at the end of the second quarter. That group included Seth Klarman’s Baupost Group, which held 11.53 million shares worth more than $823 million, and Mason Hawkins’ Southeastern Asset Management, with 4.59 million shares.

Head to the next page for a look at First Eagle’s commentary on three of its long positions.

Microsoft Corporation (NASDAQ:MSFT) was one of the main contributors to the Global Fund Class A shares’ 3.92% return in the third quarter. Microsoft shares gained almost 14% during the third quarter on the back of “continued momentum for its cloud-distributed software business and its Office products, as well as promising signs for its customer relationship management business,” the letter explained.

“Microsoft’s management has maintained control over operating expenses while at the same time making sizable investments in many areas, such as cloud software, machine learning and artificial intelligence,” the note supplemented.

As most investors know, Microsoft Corporation (NASDAQ:MSFT) is quite popular among hedge funds, with 131 funds long the stock as of the end of June. That group included First Eagle Investment Management’s 23.45 million-share position valued at $1.2 billion as of June 30, and Stephen Mandel’s Lone Pine Capital, which held 17.29 million shares.

Unlike its peer above, Oracle Corporation (NYSE:ORCL) lost 3.13% of its value between the start of July and the end of September. And, while First Eagle believes the decline was “modest”, it still had a large impact on its results, given the large exposure the fund has to the stock, owning 40.49 million shares of it worth $1.65 billion on June 30.

“Oracle continued its transition to providing its software via the cloud, and this entails a change from upfront license revenues to subscription-based license revenues. In the short term, the impact on results has been negative, but over the longer term, we believe this transition should be positive because of the annuity-like stream of payments the company is expected to receive. We remain comfortable with our position,” the letter assured.

Also long Oracle Corporation (NYSE:ORCL) was Phil Frohlich’s Prescott Group Capital Management, which disclosed ownership of 7,601 shares of it as of September 30.

Finally, there’s Sanofi SA (ADR) (NYSE:SNY), which tumbled by 7.44% over the third quarter, as its U.S. diabetes business exhibited some feebleness. “The company’s US patent for Lantus, its primary insulin drug, expired in 2015, and competition from less expensive biosimilars weighted on Sanofi’s share price. At the same time, Sanofi’s vaccines business and the specialty care areas its acquired in the purchase of Genzyme did well during the quarter,” the letter said.

It’s long position in Sanofi SA (ADR) (NYSE:SNY) is a new holding added to First Eagle’s portfolio, the size of which has not been disclosed yet. We do know, however, that the company was also owned by Warren Buffett’s Berkshire Hathaway, which held 3.9 million shares at the end of the second quarter.

Interested in generic drugs companies? Check out our list of the 11 Biggest Generic Drug Companies in the World.

Disclosure: Javier Hasse holds no interest in any of the securities or entities mentioned in this article.