Vinik Seeds Ex-Manager Iben’s Fund Firm With $20 Million (Bloomberg)
Jeffrey Vinik, the money manager who shut his hedge fund earlier this year after returns slumped, is providing $20 million in startup capital for an investment firm run by his former stock picker David Iben. Vinik made a five-year, $5 million loan to Iben’s Tampa, Florida-based Kopernik Global Investors LLC and invested $15 million in two of its private funds, the advisory firm said in a U.S. regulatory filing approved in September. Vinik will keep the money in the funds until July 2015, according to the filing. Vinik recruited Iben from Nuveen Investment Inc.’s Tradewinds unit in June 2012, only to announce 11 months later that he would shutter his fund to focus on Tampa Bay Sports & Entertainment, the parent of the National Hockey League’s Tampa Bay Lightning. 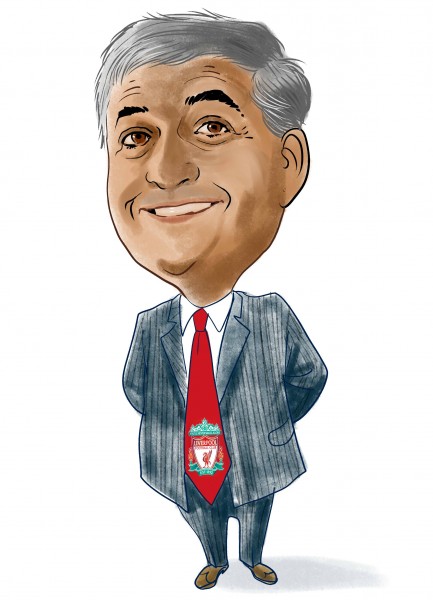 Hedge funds profit in land of Greek opportunity (Financial Times)
From Andrew Liveris of The Dow Chemical Company (NYSE:DOW) to ambassador John Negroponte, the great and the good of the Greek diaspora gathered this month to clink champagne glasses at a dinner prepared by Argiro Barbarigou, Greece’s celebrity chef du moment, under the expansive dome of 583 Park Avenue. Bill Clinton gave a speech, somewhat stealing the limelight from the evening’s other guest of honour, Antonis Samaras, Greece’s prime minister. A clue to the thrust of the event lay in the guest list: alongside Greeks, a who’s who of Wall Street. Indeed, for Mr Samaras, the gala marked the end of a whistle-stop New York tour that had kicked off with a private meeting with JPMorgan Chase & Co. (NYSE:JPM)’s Jamie Dimon and an afternoon spent in the company of hedge fund managers including John Paulson, the multibillionaire head of Paulson & Co.

Icahn Gets Key Board Appointment at Enzon Pharmaceuticals (Insider Monkey)
In an amended 13D just filed with the SEC, Carl Icahn and Icahn Capital reported that Jonathan Christodoro has been appointed to a Director post at Enzon Pharmaceuticals, Inc. (NASDAQ:ENZN). Christodoro is also a managing director at Icahn Capital. At the end of last quarter, Enzon was the 18th largest position in Carl Icahn’s equity portfolio. The appointment of Christodoro to the Board of Directors comes amid major changes at Enzon. The company recently announced that it has suspended its operating activities and is not planning to resume any clinical developments.

Meredith Whitney to launch hedge fund (Financial Times)
Meredith Whitney, whose bearish calls on financial stocks ahead of the credit crisis turned her into one of the most famous analysts on Wall Street, has deregistered her eponymous brokerage firm and plans to launch a hedge fund. Meredith Whitney Securities, which was launched in 2009 amid high expectations, requested deregistration by the Financial Industry Regulatory Authority at the end of August. Meanwhile, her financial advisory business, Meredith Whitney Advisory Group, has stopped publishing regular investment research. Ms Whitney told Finra that she had set up a business called Kenbelle Capital.

Hedge funds score big win bankrolling tax refund case (Reuters)
A group of hedge funds looks set to win an eyewatering return after bankrolling the winning party in a court fight over a $373.8 million tax refund in the bankruptcy of Downey Financial Corp. U.S. Bankruptcy Judge Christopher Sontchi ruled on Tuesday that the disputed tax return belonged to Downey. The Federal Deposit Insurance Corp had argued it was entitled to the refund. For backing the right horse, four hedge funds stood to gain up to a third of the refund, which the FDIC said in court documents could amount to a return of 1,000 percent on what they spent on legal fees. The four funds are Alden Global Capital, Davidson Kempner Capital Management, Halcyon Asset Management and Farallon Capital Management.