Vonage Holdings Corp. (NYSE:VG) has seen a decrease in activity from the world’s largest hedge funds of late. Our calculations also showed that VG isn’t among the 30 most popular stocks among hedge funds (click for Q3 rankings and see the video at the end of this article for Q2 rankings). 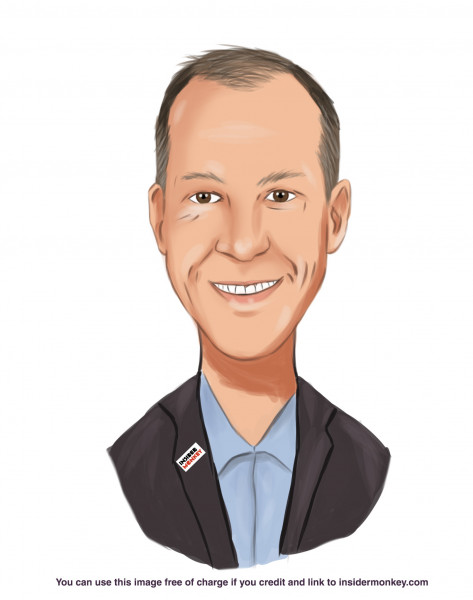 We leave no stone unturned when looking for the next great investment idea. For example one of the most bullish analysts in America just put his money where his mouth is. He says, “I’m investing more today than I did back in early 2009.” So we check out his pitch. We read hedge fund investor letters and listen to stock pitches at hedge fund conferences. This December, we recommended Adams Energy as a one-way bet based on an under-the-radar fund manager’s investor letter and the stock is still extremely cheap despite already gaining 20 percent. Now we’re going to take a peek at the recent hedge fund action surrounding Vonage Holdings Corp. (NYSE:VG).

Heading into the fourth quarter of 2019, a total of 30 of the hedge funds tracked by Insider Monkey held long positions in this stock, a change of -23% from the previous quarter. The graph below displays the number of hedge funds with bullish position in VG over the last 17 quarters. So, let’s find out which hedge funds were among the top holders of the stock and which hedge funds were making big moves. 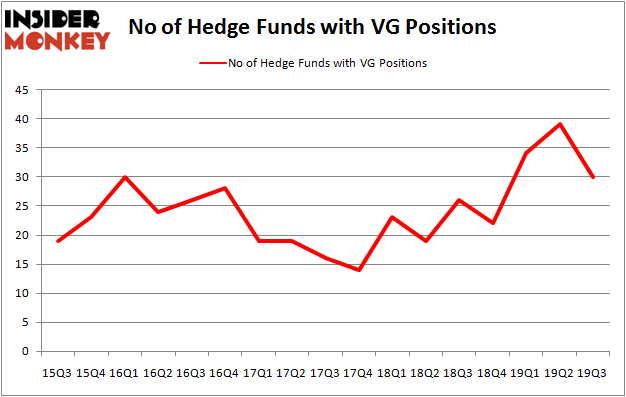 When looking at the institutional investors followed by Insider Monkey, Scopia Capital, managed by Matt Sirovich and Jeremy Mindich, holds the number one position in Vonage Holdings Corp. (NYSE:VG). Scopia Capital has a $132.1 million position in the stock, comprising 7.7% of its 13F portfolio. The second largest stake is held by Legion Partners Asset Management, managed by Ted White and Christopher Kiper, which holds a $56.6 million position; 13.9% of its 13F portfolio is allocated to the stock. Some other hedge funds and institutional investors with similar optimism contain Robert Joseph Caruso’s Select Equity Group, Israel Englander’s Millennium Management and Ken Griffin’s Citadel Investment Group. In terms of the portfolio weights assigned to each position Legion Partners Asset Management allocated the biggest weight to Vonage Holdings Corp. (NYSE:VG), around 13.89% of its 13F portfolio. Clearfield Capital is also relatively very bullish on the stock, dishing out 10.57 percent of its 13F equity portfolio to VG.

Seeing as Vonage Holdings Corp. (NYSE:VG) has experienced declining sentiment from the entirety of the hedge funds we track, it’s easy to see that there were a few funds that decided to sell off their positions entirely by the end of the third quarter. It’s worth mentioning that Brandon Haley’s Holocene Advisors said goodbye to the biggest investment of the “upper crust” of funds followed by Insider Monkey, totaling close to $25.1 million in stock. Anthony Joseph Vaccarino’s fund, North Fourth Asset Management, also sold off its stock, about $3.9 million worth. These moves are important to note, as aggregate hedge fund interest fell by 9 funds by the end of the third quarter.

As you can see these stocks had an average of 15 hedge funds with bullish positions and the average amount invested in these stocks was $133 million. That figure was $369 million in VG’s case. Taylor Morrison Home Corp (NYSE:TMHC) is the most popular stock in this table. On the other hand Main Street Capital Corporation (NYSE:MAIN) is the least popular one with only 4 bullish hedge fund positions. Compared to these stocks Vonage Holdings Corp. (NYSE:VG) is more popular among hedge funds. Our calculations showed that top 20 most popular stocks among hedge funds returned 41.1% in 2019 through December 23rd and outperformed the S&P 500 ETF (SPY) by 10.1 percentage points. Unfortunately VG wasn’t nearly as popular as these 20 stocks and hedge funds that were betting on VG were disappointed as the stock returned -17.3% so far in 2019 (through 12/23) and trailed the market. If you are interested in investing in large cap stocks with huge upside potential, you should check out the top 20 most popular stocks among hedge funds as 65 percent of these stocks already outperformed the market in 2019.