Novogratz Predicts $20,000 Bitcoin Price as Inflation Gears Up (Invezz.com)
Renowned investor and former Wall Street hedge fund manager, Mike Novogratz recently predicted that Bitcoin could break the $10,000 make and skyrocket to even $20,0000, going by current indices. He also stated that the present digitalization of money is going on throughout the world, and China is currently leading the line in the currency digitalization front. As a result, the U.S. needs to speed things up to catch up with China. Towards the end of 2019, Bitcoin fell short in value. Novogratz made a forecast that the major cryptocurrency is likely going to finish the year stronger. He predicted that Bitcoin could rise to $12,000 before the end of the year.

Three Year Old Amtek Auto Case Nears Completion (Economic Times)
The three year old case for the resolution of bankrupt Amtek AutoNSE 0.00 % could finally see completion this week after the Supreme Court (SC) refused to give more time for US based hedge fund Deccan Value Investors LP (DVIL) to assess the impact of the economic contraction caused by the Covid-19 virus. Amtek was among the 12 debt laden companies taken to the National Company Law Tribunal (NCLT) on the directions of the Reserve Bank of India (RBI). The auto parts maker owes lenders Rs 12,700 crore and has been awaiting resolution under the bankruptcy process since 2017. In February lenders led by IDBI BankNSE 4.69 % and State Bank of India (SBI) agreed to the Rs 2,700 crore offer from the US-based investor, a 80% haircut to the total dues from the company.

ValueAct’s Founder Steps Down From CEO Role (Institutional Investor)
Jeff Ubben will stay on as chairman and will still run the firm’s socially responsible fund. ValueAct Capital’s founder Jeff Ubben is stepping down as chief executive officer at the activist hedge fund firm amid a bevy of top-level management changes. Ubben, who founded the San Francisco firm in 2000, will remain on as chairman, while ValueAct’s president, Mason Morfit, will be promoted to chief executive officer, according to a letter sent to investors Tuesday. The Financial Times first reported the news on Tuesday evening. 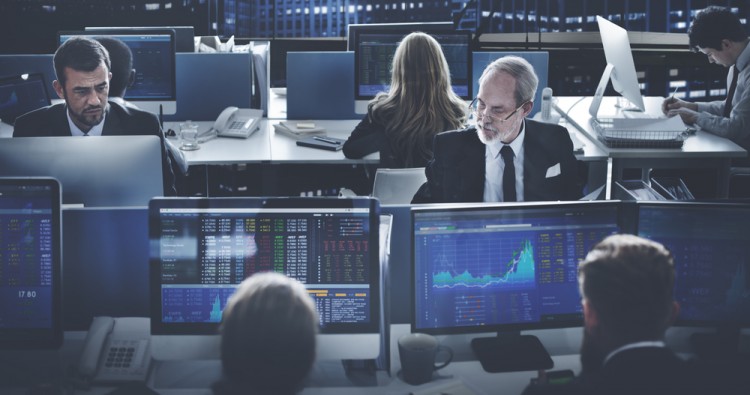 Bill Ackman’s New Blank Check Company May Be a $4 Billion Bet on a So-Called Mature Unicorn (CNBC)
Billionaire investor Bill Ackman, who made a killing this year by nailing the market bottom, on Monday disclosed plans for an initial public offering of a $4 billion blank check company, which may target so-called “Mature Unicorns.” The new investment vehicle named Pershing Square Tontine Holdings plans to offer 150 million shares at $20 apiece, according to a Securities and Exchange Commission filing. Ackman’s hedge fund, Pershing Square Capital, will invest a minimum of $1 billion in the blank check company, while having the option to bring the total value to $6.45 billion, the filing said.

The Aggressive High-Quality Investor (Hedge Nordic)
Stockholm (HedgeNordic) – Many hedge fund managers steer clear of large- and mega-cap stocks and mostly go for the under-researched corners of equity markets in pursuit of alpha. Bård Johannessen and Oddmund Nicolaisen Enæs, who manage long-biased equity long/short fund Pareto Total out of Oslo, find attractive risk-reward opportunities even among the biggest of all mega-caps. The common belief that “there are no opportunities in large- and mega-caps” is misplaced, reckons Enæs. “Opportunities arrive both in large-caps and mega-caps if you have patience.”

Investors Bet Against Pound as Focus Returns to Brexit (The Wall Street Journal)
Traders’ sentiment toward the British pound has reached its lowest since the run-up to last year’s election, as attention shifts from the coronavirus pandemic to stalled Brexit negotiations. Hedge funds and traders using borrowed money to make speculative bets have taken the most positions against the pound since November, according to FactSet, signaling that they expect it to drop further.