Lone Pine Capital’s Latest Investor Letter Argues that Tech Disruption has Destroyed the Value Stock Thesis, and Warns that the ‘Past is Not Prologue’ (Business Insider)
Lone Pine Capital‘s two funds – Lone Cypress and Lone Cascade – each lost more than 2% in the third quarter thanks to the shift away from momentum, or growth, stocks, the firm said in a letter to its investors. The funds are still up double-digits for the year, and Lone Pine said in its letter that it doesn’t expect a temporary market shift to value stocks to be a sign of things to come. “Much has been written about the multi-year underperformance of ‘value’ stocks, with an expectation of a reversion to the mean. We believe that structural changes in the economy, driven in part by technology, make this unlikely,” the letter states.

Ray Dalio Denies Report Hedge Fund Bridgewater has Bearish Bet on Market (Reuters)
(Reuters) – Bridgewater Associates’ Ray Dalio said on Friday his hedge fund does not have a net bet that the stock market will fall, taking issue with a story published earlier in the Wall Street Journal. The hedge fund has bet more than $1 billion that stock markets around the world will drop by March, the WSJ said in its report on Friday, citing people familiar with the matter.

Hedge Fund Enters LME fob China HRC Market (ArgusMedia.com)
Drakewood Capital Management has traded the LME’s China steel coil export contract, in the first reported trade by a hedge fund since the contract launched in March. Hedge fund participation in the contract is a crucial step in broadening the liquidity pool ahead of widespread use by physical market participants to hedge risk. Seven banks are using the contract as a risk management tool on behalf of clients, but hedge funds provide a counterparty to take the other side of trades. 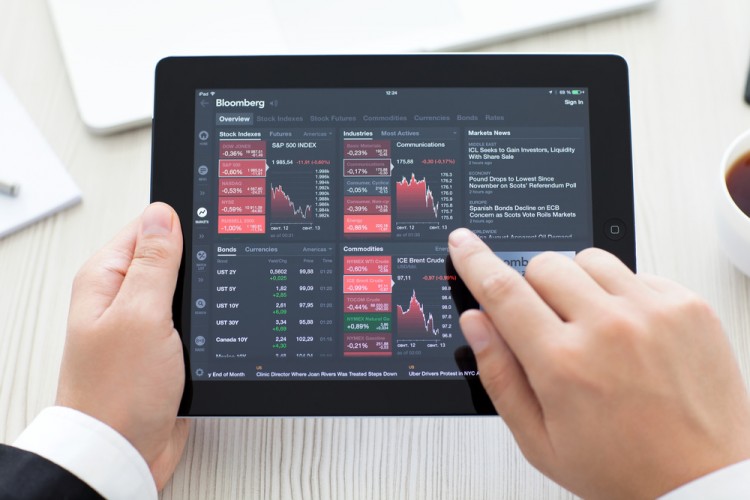 Putnam Investments Thinks Icahn is Wrong About Shopping Malls (Market Watch)
Putnam Investments isn’t concerned about Carl Icahn or anyone else who’s making splashy bets against malls. The Boston-based mutual-fund manager not only thinks that Icahn’s brash $400 million wager against mall owners won’t pan out, but the firm is doubling down on its opposing bet – that e-commece is not going to kill off shopping centers soon.

A Hedge Fund’s Take on the Dating Market (Institutional Investor)
Tyro Capital tackles ghosting, girl power, and the rise of online dating. An unusual asset management paper has been making a splash on Twitter. It’s about dating. Tyro Capital Management, led by portfolio manager and social media star Dan McMurtrie and co-founder Alex Draime, tackled the rise of online dating and its effects on the partner market. The paper noted that the majority of new relationships now begin with apps – a conservative estimate being at least 65 percent but likely more than 75 percent.

Hedge Fund Manager that Shorted Bitcoin at $20,000 Says BTC is “Dying” (EthereumWorldNews.com)
Bitcoin is Dying? Nearly two years ago, just days after Bitcoin tapped $20,000 in a jaw-dropping surge, Mark Dow, a hedge fund manager and chartist, took to his blog to bash BTC. In an entry titled, “So You Want To Short Bitcoin? Here’s Your Road Map,” Dow, using the age-old anti-crypto argument, lambasted cryptocurrencies for being situated in a bubble, before claiming that a dramatic correction could be bound to happen.

Japan Woos Hedge Funds in Crisis-hit Hong Kong (Invezz.com)
Japan has embarked on a discreet bid to woo hedge funds away from the crisis-hit Hong Kong. This week, Japan dispatched a delegation to the city on a 48-hour mission to persuade money managers to consider Japan. Government officials have organized a flurry of meeting between finance executives from Tokyo and dozens of Hong Kong hedge funds with an unofficial but explicit blessing of Tokyo governor- Yuriko Koike. Careful not to be seen as exploiting the unrest in Hong Kong, the group has kept their itinerary quiet, however the Japan government es expected to make a public report.

Wellington Management Partners with Artivest (Hedge Week)
Wellington Management, a USD1.1 trillion global asset manager, has chosen Artivest’s open-architecture digital platform to help provide financial advisors and qualified high-net-worth investors access to its alternative strategies. “At Wellington, we are dedicated to using our specialised investment management expertise and skillset to help our clients surpass their goals,” says Chris Kirk, CFA, President of Wellington Alternative Investments. “We’re looking forward to partnering with Artivest to expand the current distribution of our alternatives strategies to a broader group of qualified high-net-worth investors and the advisors who serve them.”