Published on May 7, 2020 at 3:25 pm by Insider Monkey Staff in Hedge Funds, Insider Trading

Paul Tudor Jones Buys Bitcoin, Says He’s Reminded of Gold in 70s (Bloomberg)
Macro investor Paul Tudor Jones is buying Bitcoin as a hedge against the inflation he sees coming from central bank money-printing, telling clients it reminds him of the role gold played in the 1970s. “The best profit-maximizing strategy is to own the fastest horse,” Jones, the founder and chief executive officer of Tudor Investment Corp., said in a market outlook note he entitled ‘The Great Monetary Inflation.’ “If I am forced to forecast, my bet is it will be Bitcoin.”

Reminiscent Capital launches Cayman Fund (Hedge Week)
Macro hedge fund, Reminiscent Capital (Reminiscent), has launched a Cayman Fund to enable broader access to its Asia Macro Master Strategy (Strategy). The Strategy, which is employed to construct a highly liquid portfolio centred around rates, FX and equities, was launched in February 2019 and has previously only been available to Australian investors via an Australian Unit Trust. The strategy finished Q1 2020 up 16.5 per cent before fees, navigating the recent market turmoil successfully and significantly outperforming the HFRI Macro Discretionary Thematic Index YTD and since inception.

Hedge Funds Now Burned by Trades That Worked for Decades (Bloomberg)
(Bloomberg) — The sudden breakdown of a decades-long relationship between U.S. and Asian stocks has blindsided hedge funds, turning what were meant to be low-risk bets on volatility into big money losers. Managers including Nine Masts Capital Ltd. and Myriad Asset Management Ltd. suffered losses in March on wagers that equity-market swings in Asia would be more extreme than those in the U.S. or Europe, according to people with knowledge of the matter. The bets were widespread among traders who focus on volatility, said Govert Heijboer, co-chief investment officer of Hong Kong-based True Partner Capital, a $1.4 billion hedge fund firm whose flagship volatility product gained 10% in March.

Good Foundations for a Comeback (Hedge Nordic)
Stockholm (HedgeNordic) – Catella Hedgefond, which aims to achieve stable returns at low risk by investing in Nordic equities, bonds, preference shares and derivatives, declined by about 13 percent in the first four months of 2020, as the coronavirus-induced turmoil impacted all assets. The portfolio managers of Catella Hedgefond, one of Sweden’s largest hedge funds, reckon that there are good foundations for a comeback. Fixed-Income and Equity Portfolios Share the Losses: Catella Hedgefond’s fixed-income portfolio and long/short equity portfolio contributed a roughly equal amount to the year-to-date losses. 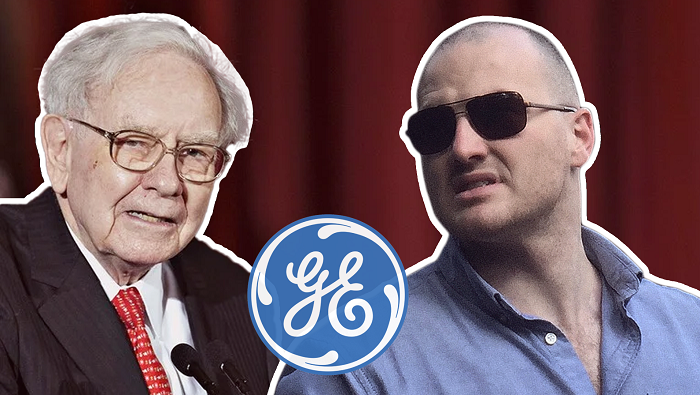 GE Poised to Bounce Back to $10 Per Share According to Investor James Richman...
Monthly Newsletter Strategy
Download a free copy of our newsletter and see the details inside!
Hedge Fund Resource Center
Billionaire Hedge Funds