Last September, Apple Inc. (NASDAQ:AAPL) released its latest smartphone, the iPhone 5, to great fanfare. Nevertheless, many pundits claimed that the new iPhone was a disappointment; it didn’t seem innovative compared with its predecessors. The iPhone 5 is thinner and lighter than the iPhone 4S, has a bigger screen (4 inches, as opposed to 3.5 inches), provides LTE support, and offers an upgraded camera and processor. However, to many observers, these features seemed like minor tweaks. The result was hysteria about whether innovation at Apple Inc. (NASDAQ:AAPL) had died along with Steve Jobs.  Apple Inc. (NASDAQ:AAPL)’s stock subsequently dropped 40% in less than six months. 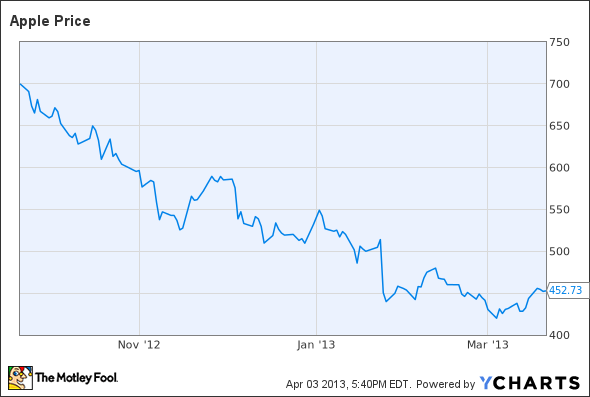 Strictly speaking, Apple Inc. (NASDAQ:AAPL) critics may be right that the company’s smartphone designs won’t be as innovative in the future as they were in the past. However, that’s primarily because Apple Inc. (NASDAQ:AAPL)began with a great concept, so that the iPhone quickly became the gold standard among smartphones. By the time the iPhone 4 was released in June 2010, there wasn’t much left for Apple to improve on. (And that explains why the iPhone 4 remains so popular; demand outstripped supply in the fall quarter.)

Since 2010, Samsung and other vendors of Google Inc (NASDAQ:GOOG) Android phones have made significant progress to catch up with the iPhone. Recently, Research In Motion Ltd (NASDAQ:BBRY) has taken a great leap forward as well. However, a look at the most recent product launches on rival platforms — Samsung’s Galaxy S4 and Research In Motion Ltd (NASDAQ:BBRY)’s Z10 — suggests that Apple isn’t the only smartphone maker for which innovation is reaching a dead end. Smartphones are all converging toward a common look and feel, with similar capabilities.

From left to right: Samsung Galaxy S4, iPhone 5, and BlackBerry/Research In Motion Ltd (NASDAQ:BBRY) Z10. Images from the manufacturers.

That doesn’t necessarily spell doom for smartphone makers. There are plenty of people who still don’t own a smartphone, or who have a low-end smartphone but will eventually want a better one. And as Henry Blodget recently argued, significant improvements to battery life could persuade many smartphone users to upgrade. Finally, smartphones don’t last forever. Manufacturers should see strong replacement cycles over time, because of the recent increase in smartphone penetration.

An iPhone clone?
When the BlackBerry/Research In Motion Ltd (NASDAQ:BBRY) Z10 was introduced in January, many observers quickly noted its visual similarity to the iPhone. Its 4.2-inch screen makes it just slightly bigger than the iPhone 5, and the Z10 is an all-touch device, differentiating it from most previous BlackBerry phones. While the user interface is significantly different from iOS and Android, the general experience is similar: It’s all about apps.

Research In Motion Ltd (NASDAQ:BBRY) has talked up the differentiating features of its BB10 OS, such as the Hub (a collection point for emails, texts, social media messages, and so on) and BlackBerry Balance (a feature to separate personal data from work data). Still, most observers agree that there aren’t enough differences to persuade iOS or Android users to switch in significant numbers. In other words, it’s different, but not especially innovative. From an investor standpoint, Research In Motion Ltd (NASDAQ:BBRY)’s main advantage is that it is cheap, with a market cap just 2% of Apple’s.