I predicted that Research In Motion Ltd (NASDAQ:BBRY) would close lower on the week. The hype that’s been building for months surrounding the domestic launch of the Z10 hasn’t matched the reality now that the country’s two largest carriers have the new Research In Motion Ltd (NASDAQ:BBRY) device available. Still, the stock rallied earlier in the week, holding on to enough of those gains to close out the week 1.7% higher. I was wrong.

I predicted that the tech-heavy Nasdaq would outperform the Dow Jones Industrial Average (INDEXDJX:.DJI). This has been a tricky call lately, so how did it play out this time? Well, it didn’t. The Nasdaq got blasted for a 1.9% hit, and the Dow managed to close barely unchanged, with only a marginal downtick. I was wrong. 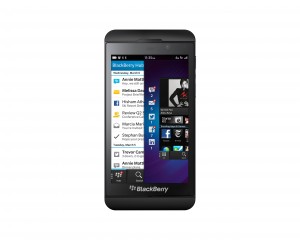 My final call was for CONN’S, Inc. (NASDAQ:CONN) to beat Wall Street’s quarterly profit target. The consumer-electronics retailer has been able to sidestep the stagnancy taking place at larger chains because Conn’s offers larger items, including mattresses and lawn-maintenance equipment, that can’t be easily replaced online.

The company also has been beating Wall Street estimates consistently over the past year. Analysts were looking for a profit of $0.55 a share during the quarter, and it came through with net income of $0.54. I was wrong.

I missed on all three. That doesn’t happen often, and I know I can do better. So let me once again whip out my trusty, dusty, and occasionally accurate crystal ball to make three calls that may play out over the next few trading days.

After leading the Nasdaq lower last week, my call here is for Apple Inc. (NASDAQ:AAPL) to move higher on the week.

2.The Nasdaq Composite will beat the Dow this week
Tech has been a big winner in recent years, so betting on tech over stodgy blue chips has been a good bet for me more often than not. I’m going to stick with this pick. Most of the names in the composite are just too cheap at this point. The market is ripe for the tech-stacked secondary stocks to continue to outpace the 30 megacaps that make up the Dow Jones Industrial Average.