Sanford J. Colen‘s Apex Capital has disclosed in a filing with the US Securities and Exchange Commission,  a letter sent to the board of directors of MicroStrategy Incorporated (NASDAQ:MSTR) back in February and reported inching down its position in the company. Apex Capital currently owns 422,650 class A shares of MicroStrategy, the stake amassing 4.6% of the company’s class A stock. The position has been slightly reduced from 466,000 class A shares reported by the fund in its latest 13F filing.

The fund initiated a stake in the company during the second quarter of 2012, initially holding 97,500 shares. The stock appreciated by over 30% since Apex initiated a stake. In the letter that was also previously disclosed in February, Mr. Cohen expressed his disappointment over MicroStrategy Incorporated (NASDAQ:MSTR)’s underperformance accusing the Board and management of failing to deliver shareholder value. Among the policies mentioned by the investor are the company’s lack of investor communication program, weak corporate governance and an overcapitalized balance sheet.

In the letter, Mr. Cohen said that the factors pointed out above had a negative impact on the shareholder returns over the longer term. The investor added that the Board should focused more on pursuing objectives that provide value to all shareholders and not just those that “support the welfare of its Founder, Chairman and CEO” (Michael Saylor).

Nevertheless, Apex Capital was still confident that the company has a potential and its future prospects look good. MicroStrategy Incorporated (NASDAQ:MSTR) is one of the leaders in the Business Intelligence software industry, while its platform is considered by industry analyst as the best available, according to the letter.

“Despite such technological achievements, the stock currently trades at a material discount to its intrinsic value (as much as 70% in our view). While the example of an industry leader trading at such a discount is highly unusual, it is our contention that easily identifiable and addressable steps would lessen this disparity and maximize shareholder value,” Mr. Cohen added.

In this way, Apex Capital proposed several measures to address the issues faced by the company such as setting up a quarterly conference call and adding an Investor Relations professional to the company’s employees in order to ensure a better communication with analysts and investors. The company should also provide more information regarding its strategy and financial goals. Another important measure proposed by the investor is to separate the CEO and Chairman, with Mr. Saylor continuing to serve as the Chairman of MicroStrategy Incorporated (NASDAQ:MSTR), while the board hires or promotes a new CEO.

Apex Capital also suggested including more independent board directors and taking advantage of the company’ buyback program that is worth $455 million and repurchase more shares, while the stock still trades at a discount.

Even though over 9 months passed since Apex sent the letter, MicroStrategy Incorporated (NASDAQ:MSTR) has not issued a response or commented on it. Mr. Saylor still serves as the CEO and Chairman, but in May the company said that it will resume holding conference calls to discuss its quarterly results.

Aside from Apex Capital, Ricky Sandler‘s Eminence Capital is also among the shareholders of MicroStrategy. Eminence held around 892,500 shares of the company at the end of June. George Soros‘ Soros Fund Management is another investor that owned slightly over 100,000 shares as of the end of the second quarter. While Eminence picked up its position by 2%, Soros initiated a stake in MicroStrategy during the second quarter.

Apex Capital is a long/short equity hedge fund that is headquarted in San Francisco and concentrates on US-traded stocks. The fund has a diversified portfolio, valued at nearly $1.60 billion, where Netflix, Inc. (NASDAQ:NFLX) represents the largest stake, which contains 175,450 shares, amassing 4.80% of the portfolio. The fund has been a long-term shareholder of Netflix and profited from the stock gaining ground over the last couple of years, but this holding might affect the returns of the fund for the current year, since the stock picked up only 3% being affected by a 25% drop in October that came on the back of weak financial results and concerns over the future subscriptions growth. 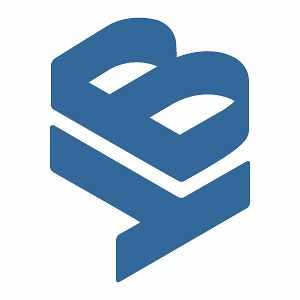