Next Monday, Halliburton Company (NYSE:HAL) will release its latest quarterly results. The key to making smart investment decisions on stocks reporting earnings is to anticipate how they’ll do before they announce results, leaving you fully prepared to respond quickly to whatever inevitable surprises arise. That way, you’ll be less likely to make an uninformed knee-jerk reaction to news that turns out to be exactly the wrong move. 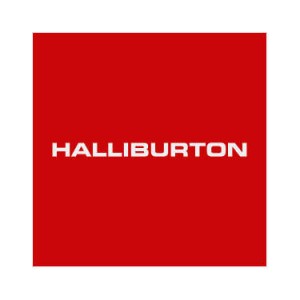 Halliburton Company (NYSE:HAL) has thrived in the U.S. energy boom, but weak energy prices have raised questions about whether production activity will decline and cause a drop in demand for oil services. Let’s take an early look at what’s been happening with Halliburton over the past quarter and what we’re likely to see in its quarterly report.

Will Halliburton Company (NYSE:HAL) keep pumping up strong results this quarter?
Analysts have had mixed views on Halliburton recently, having cut their earnings-per-share estimates on the just-ended quarter by $0.02 but having added $0.03 per share to their full-year 2013 consensus. The stock was up strongly early in the quarter but has given up most of those gains, having risen just 2% since mid-January.

Halliburton Company (NYSE:HAL) has focused much of its attention on the booming U.S. market, giving it more exposure to domestic production than more globally focused rival Schlumberger Limited. (NYSE:SLB). With domestic drilling activity having been fairly weak lately, Halliburton’s U.S. concentration has raised concerns among investors, as land-based rig counts have fallen sharply. But with efficiency gains from multi-pad drilling and multi-stage hydraulic fracturing, bulls hope that rig counts don’t accurately reflect actual production activity and therefore that Halliburton Company (NYSE:HAL)’s earnings will hold up better than some expect.

Still, Halliburton is interested in overseas markets. In its previous quarter, the company set new records in revenue throughout its geographical segments and hit operating-income records in Latin America. Yet part of Halliburton’s reluctance to commit to high-potential growth regions like China is the lack of intellectual-property protection in some foreign markets, as the company clearly doesn’t want its proprietary shale-gas production methods getting copied by Chinese oil-services companies.

One interesting innovation that could really make a difference for Halliburton and the entire industry is the potential to power drilling sites with natural gas. Halliburton and Schlumberger Limited. (NYSE:SLB) have both said that they’d be willing to provide free test sites that Apache Corporation (NYSE:APA) would use to convert operations powered by diesel generator to natural gas. The potential cost savings from moving from high-priced diesel to cheap natural gas would make a big difference in the bottom lines of drilling companies.

In Halliburton’s earnings report, watch for management to comment on the status of the now-ended initial phase of the Gulf oil spill trial. The amount of potential liability for BP plc (ADR) (NYSE:BP), Transocean LTD (NYSE:RIG), and Halliburton still hangs over the companies, and while a full resolution will likely take years, any positive signs toward a final settlement for Halliburton could set the stage for a new wave of optimism.

The article The Keys to Halliburton’s Future originally appeared on Fool.com and is written by Dan Caplinger.

Halliburton Company (HAL): The Golden Age of US Energy Needs This Company