Groupon Inc (NASDAQ:GRPN) has had a solid 2013 thus far, returning a hair over 15%, but that still hasn’t stopped many armchair analysts from criticizing the company’s management, and any bulls within 1,000 feet of the

stock. Piper Jaffray has made headlines this week when they said they expected the June quarter to miss the revenue mark, and the loss of the Groupon Goods general manager certainly didn’t help investors’ sentiment.

At Insider Monkey, we track hedge fund sentiment (learn the secrets of our method here), and it is interesting to note that of the 450 elite funds we follow, 18 were long at the end of 2012, a slight drop from 19 one quarter earlier. Interestingly, this group’s aggregate capital invested in Groupon Inc (NASDAQ:GRPN) skyrocketed in Q4, by more than 290%, indicating that the committed managers dug their feet in even more.

At the end of last year, when Groupon’s stock price was sitting just off historic lows, that was understandably a difficult thing to do. While it’s easy to say that a value play was present–the stock still trades at a meager 1.5 times sales and 2.5 times cash–it’s important to note that “value trap” was actually the word most people thought of when they got any whiff of the online deals company.

Still, for the Groupon Inc (NASDAQ:GRPN) bulls that remained convinced in the company’s future, the firing of founder Andrew Mason from his CEO post, and a recent revenue beat have shares booming. Tiger Global Management Llc and Coatue Management are just a couple of the hedgies who remained in Groupon when Mr. Market was against it, the former upping its stake by 4900% in Q4, with the latter initiating a new position in its last 13F filing of the year.

Regardless, it’s crucial that we take a look at this upper-crust of money managers, to understand the method behind their moves, while taking a look at some of the other stocks they’re overly bullish on. Chances are, if they’ve been right about Groupon, they may be right about another down-and-out play moving forward. We’ll go through the top 10 funds invested in Groupon Inc (NASDAQ:GRPN), in order of first to tenth. 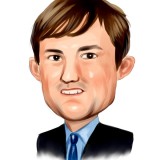 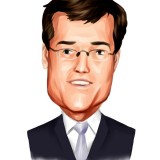 Learn the names of the rest of the elite hedgies on the following pages: