GoPro Inc. (NASDAQ:GPRO) reported a wider than expected quarterly loss in its first earnings release after going public. JMP Securities senior security analyst, Alex Guana, maintains the company’s vision is all, but great. In an interview on CNBC Guana reiterated that GoPro has taken over the camcorder market share in the country with a great potential of replicating the same on a global basis, to become a major media brand. 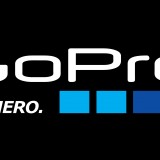 “This is a company that has shown it has a tremendous vision it has been very disruptive in this space, it’s taken the top camera or camcorder market share in the country right now, and we think it can do that on a global basis and move on to become a major media brand,” Said Mr. Guana.

GoPro Inc. (NASDAQ:GPRO)’s net loss of $19.8 million was four times higher than $5.1 million that was reported a year earlier. Revenue on the other hand was up by 38.1% to $244.6 million, compared to a year ago levels of $177.1 million. The company’s CEO, Nicholas Woodman, maintains the results were strong, mostly driven by strong demand of Hero 3+ Black Edition as well as other accessory products.

Guana remains bullish on GoPro Inc. (NASDAQ:GPRO)’s achievements since its IPO such as reaching a billion views on GoPro branded content. The company also ranked the eleventh fastest growing brand on Instagram with 212,000 followers. GoPro is currently a media player, according to Mr. Guana although its value has not yet been determined.

With internet advertising offering a $50 billion advertising opportunity, Guana remains optimistic on GoPro Inc. (NASDAQ:GPRO) absorbing $1 billion in revenue this year especially on the front of advanced monetization. “I think it is already given that it is a media play, what that media value is, is yet to be determined. We think in; internet advertising  there is a $50 billion opportunity up for grabs this year, we think that the business  model as it exists today it can support a billion in revenue in terms of monetizing the content they are creating right now,” Said Mr. Guana.

GoPro Inc. (NASDAQ:GPRO) has only achieved its fair amount of success after selling 8.5 million cameras, which, according to the analyst, highlights its growth potential if further investments and sales were made in the space. A 5% market share on the global image market also highlights the growth that the company can attain with further investment. Coming into an industry that was on the decline according to the analyst has worked to the company’s advantage as it has been able to fend off competition from the likes of Sony Corp (ADR) (NYSE:SNE).

Sales for Wearable cameras and accessories were up by 31% during the quarter generating a total of $854 million. GoPro Inc. (NASDAQ:GPRO) continues to experience strong demand, especially on its $70 camera model that can be mounted on guns and fishing rods.