iOS users quickly snapped up the new version of Google Maps once it was released on Apple’s platform in December, just months after Apple Inc. (NASDAQ:AAPL) made the controversial switch to its in-house offering. Google’s first-mover advantage is seemingly insurmountable since it has spent years aggregating mapping data that Apple simply doesn’t have yet. 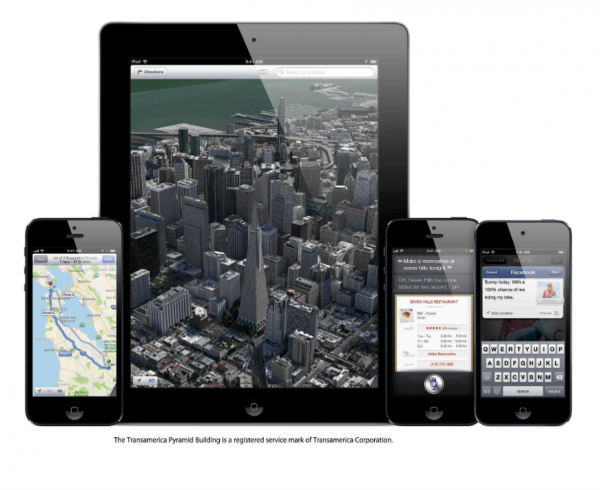 On the outside, Google’s Street View offers unprecedented reach for an online mapping service. We’re talking about the search giant showing users the Great Barrier Reef or more recently, the Himalayas’ Mount Everest Base Camp. Meanwhile, Apple Inc. (NASDAQ:AAPL)’s still working on getting down the basics before going mountain climbing.

With WifiSLAM, Apple is taking the mapping fight inside instead of outside.

Let’s take this inside
Turn-by-turn driving navigation was reportedly a major point of contention between Apple Inc. (NASDAQ:AAPL) and Google Inc. (NASDAQ:GOOG) that led to the switch. Indoor step-by-step navigation, on the other hand, is mostly an untapped frontier.

Google Inc. (NASDAQ:GOOG) has already begun building out its data on indoor maps, including integrated floor plans in selected locations and a Google Maps Floor Plans service that’s still in beta testing. So far, buildings like airports and shopping malls, among others, have partnered with Google to make indoor maps available. Big G doesn’t want you running into any Minotaurs, after all. Inside, Google Inc. (NASDAQ:GOOG) still has a lead over Apple Inc. (NASDAQ:AAPL). However, the search giant’s indoor initiatives date back to 2011, so Apple has more hope in catching up behind closed doors as opposed to under the sun.