David Gallo, one of the most infamous Tiger Cubs, is the hedge fund manager of Valinor Management. The firm’s name stems from a fictional location that is often inhabited by immortal souls in J.R.R. Tolkien’s books. Gallo’s college education began at The Wharton School at the Universtiy of Pennsylania, where he received a BS in finance and accounting. Five years after receiving his diploma, Gallo went on to Harvard Business School, where he received his MBA in general management. Before becoming a hedge fund manager at Valinor, Gallo spent time with multiple other investing firms. Gallo’s path to Valinor began with The Blackstone Group, where he worked as an analyst for just over a year. He then spent four months as an associate at Tiger Management (see Tiger Managements long-term investment ideas), before taking a Vice President position at Francisco Partners. After two years at Francisco, Gallo took on a partner position at Bridger Capital, where he worked for five years before establishing his current post.

Breaking down Gallo’s portfolio by its two most popular market segments, we can see that he has 22.5% of his fund’s capital allocated to the financial sector, and 23% in the services sector. Going a step further reveals that of the portfolio’s 22.5% interest in financials, regional banks comprise 10.3% of total holdings, while investment services account for 5.6%. The regional banking industry alone represents a larger slice of Valinor’s portfolio than the utilities, conglomerates, healthcare, and transportation sectors combined. Looking at the industry breakdown for the service sector, the top three industries include the business services industry (4.5%), rental and leasing (4.2%), and motion pictures (3.3%).

Gallo’s largest holding is in Popular, Inc. (NASDAQ:BPOP), a publicly-owned banking holding company that operates in Puerto Rico and the Mainland United States. Popular shares were trimmed down by 89% in Gallo’s portfolio during the second quarter of 2012, but the manager still has a 7.5% stake in the company, and holds the most shares among hedge funds. The former Tiger Cub wasn’t the only hedge fund to trim down in Popular stock, both Paulson & Co and Diamond Hill Capital decreased their positions in the first quarter by roughly 90%.

Morgan Stanley (NYSE:MS) is Gallo’s second largest holding. Gallo has added on to his position in Morgan Stanley nearly every quarter since the end of 2010. In 2010, the bank accounted for 3.4% of Valinor’s portfolio; by 2011, Gallo’s position grew to 4.1% of his portfolio; and midway through 2012, the position has increased yet again to 5.14%. In the second quarter of 2012, 45 new hedge funds invested in Morgan Stanley, and the total value of these investments increased by over $2 billion.

To recap: Gallo purchased shares in four out of his top five holdings in the second quarter of 2012. These four stocks were Morgan Stanley, Noble Corporation, Google Inc., and FleetCor Technologies. By strengthening the positions of his top stock picks, Gallo is showing his investors that he remains confident in his fund, and it may be wise for individual investors to follow suit. After all, our research shows that it is possible for ardent hedge fund mimickers to beat the market by up to 20% a year. Continue reading here to learn more. 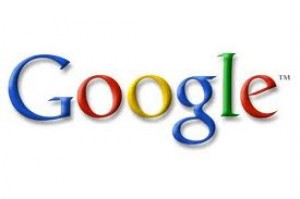