Jeremy Green’s Redmile Group entered several new positions last quarter, as revealed by the 13F Form it filed with the U.S. Securities and Exchange Commission in February. The hedge fund is particularly bullish regarding its freshly acquired stake in Gilead Sciences, Inc. (NASDAQ:GILD), which amounts to 368,600 shares. AstraZeneca plc (ADR) (NYSE:AZN), Bellicum Pharmaceuticals Inc (NASDAQ:BLCM), Biogen Idec Inc (NASDAQ:BIIB), and bluebird bio Inc (NASDAQ:BLUE) were some of the other large new holdings making an appearance in Redmile Group’s equity portfolio by the end of 2014.

Redmile Group is a San Francisco, California-based private equity firm, which was founded in 2007, and is currently managed by Jeremy Green. At the end of the fourth quarter, the investment firm’s equity portfolio was valued at $918.45 million, and consisted almost exclusively of stocks from the health care industry. Furthermore, Redmile Group’s main focus is set on special situations and turnaround investment opportunities.

Out of the 16 new purchases revealed in the 13F filing, Gilead Sciences, Inc. (NASDAQ:GILD) was clearly Redmile Group’s top pick, accounting for 3.78% of its equity portfolio. Although Gilead’s shares have dropped just a bit over 3% since the end of the third quarter, the stock has already gained approximately 9% year-to-date, erasing most of the losses from its December dip, when increasing competition in the Hepatitis C market spooked investors. Furthermore, Gilead Sciences, Inc. (NASDAQ:GILD) is currently very popular amongst very wealthy institutional investors, with a total of 12 billionaire hedge funds disclosing a stake in the company at the end of last quarter. Among all investors, Cliff Asness’ AQR Capital Management was particularly optimistic regarding Gilead Sciences, as it increased its exposure to the stock by 114% last quarter, and owned 4.83 million shares at the end of the year.

Redmile Group also entered a new position in AstraZeneca plc (ADR) (NYSE:AZN) during the fourth quarter, which amounted to 258,300 shares. Although it has not been performing well over the past two years, the company is expected to begin growing at a rapid pace. Since management has put great emphasis on accelerating its internal pipelines, new drugs are expected to reach final testing phases soon. In addition to Redmile Group, the company is backed by numerous institutional investors, including Jim Simons’ Renaissance Technologies, which owned around 2.29 million shares. Israel Englander’s Millennium Management also took a bullish stance towards AstraZeneca plc (ADR) (NYSE:AZN) during the quarter, increasing its exposure to the stock by more than 500% to 1.08 million shares at the end of 2014. 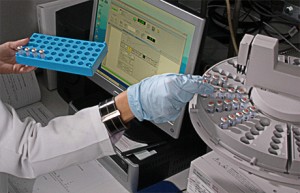