Unless you consider yourself to be a casual market observer, you’re probably aware that the SPDR Gold Trust (ETF) (NYSEARCA:GLD) suffered a precipitous 13% decline on Friday, April 13 and Monday, April 15. The recent events in the gold market are believed to have wiped out nearly $1 billion of Paulson’s personal wealth. In addition, his hedge fund has lost an undisclosed amount of money for its high-net worth clients.

Paulson recently told Bloomberg he is standing firm with his opinion on gold, indicating that demand from Asia will support near-term prices. In my personal opinion, I believe the gold market has further room on the downside. The recent move in gold reminds me of the $700 to $600 price drop in Apple Inc. (NASDAQ:AAPL), which turned out to be only a slight decline before the precipice. Apple has sustained a floor of $400 in recent weeks, and I am now bullish on the stock.

Readers should reserve judgement on Paulson, as his flagship Paulson Advantage hedge fund has made numerous other successful investments outside of the gold market.

Read on to learn if Paulson’s recent comments can be justified by the fundamentals for all three companies.

Genworth Financial offers long-term care insurance, life insurance, and retirement solutions such as annuities. The company was brought near the brink during the 2008-09 recession and was denied a bailout by the U.S. Treasury. Among other problems, Genworth’s long-term care costs escalated as medical costs rose and policyholders lived longer, caused the company to become financially strapped.

Since the recession, a new management team has been put in place which has focused on addressing existing problems and raising rates on new policies. In addition, Genworth has raised capital in order to shore up its balance sheet.

On March 27, Genworth Financial Inc (NYSE:GNW) announced the sale of its wealth management business for $412.5 million, proceeds of which will be used to pay down existing liabilities. The company told reporters in February it was planning the sale for between $400 to $450 million, so the announcement values the WM business at the lower end of the range.

In addition to John Paulson’s favoritism of the stock, Barron’s Magazine wrote positively on Genworth Financial during a March 11 issue that values the stock at $18 a share. The editorial cites a well-respected hedge fund manager who states, “this stock is a solid buy, trading at such a ridiculously low level with solid assets that more than make up for potential losses.”

MGIC operates in the mortgage insurance business, allowing homeowners who are unable to provide a full 20% down payment on their home to purchase MGIC’s insurance at a premium. The policyholder will be required to make a monthly payment to MGIC until the mortgage reaches a certain threshold. In the event of foreclosure, MGIC is responsible for making a comparable payment to the lender.

Clearly, readers can anticipate how MGIC nearly went bankrupt during the 2008-09 recession, as mortgage underwriters at banks provided loans to incapable borrowers. MGIC was then responsible for paying a portion of the bill, resulting in near collapse. 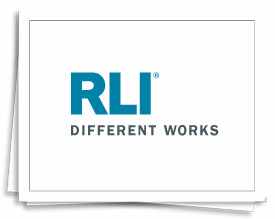 Here is What Hedge Funds Think About RLI Corp. (RLI)