We decided to look at the worst performing stocks for the week ending June 26, 2015, of those companies which are darlings of the hedge funds we track at Insider Monkey. The unfortunate trio of the week’s biggest losers in that regard were General Motors Company (NYSE:GM), Micron Technology, Inc. (NASDAQ:MU), and Hertz Global Holdings Inc (NYSE:HTZ). The biggest automobile company in the U.S., General Motors Company, had a rough week, with shares plunging down by 4.82% to close the week at $34.37. Analysts at Goldman Sachs downgraded General Motors’ rating to ‘Neutral’ from ‘Buy’, along with cutting its share price target to $40.00 from its previous mark of $47.00. One of the primary reasons for this downgrade was the declining growth rate in China and General Motors Company (NYSE:GM)’s relative dependency on the Chinese market. The Chinese economy has slowed to single-digit growth after years of robust, double-digit figures. However, General Motors Company (NYSE:GM) is set to tackle this slowdown head-on, as it plans to introduce price cuts on over 40 of its models for the Chinese market, with price cuts of up to 8.3%. Further, the company is planning to invest up to $16 billion in China through its Shanghai-GM venture between 2016 and 2020. In terms of investor sentiment, hedge fund managers tracked at Insider Monkey have raised their stake in the automobile company, with net investments of $6.74 billion made by 103 hedge fund managers against net investments of $6.07 billion in the previous quarter from 107 funds. Warren Buffett’s Berkshire Hathaway is among the primary stockholders of General Motors Company with a $1.54 billion position consisting of 41.0 million shares. In addition to that, insiders are purchasing more shares of the company with James Mulva, Director at General Motors, buying 28,343 shares on May 5. 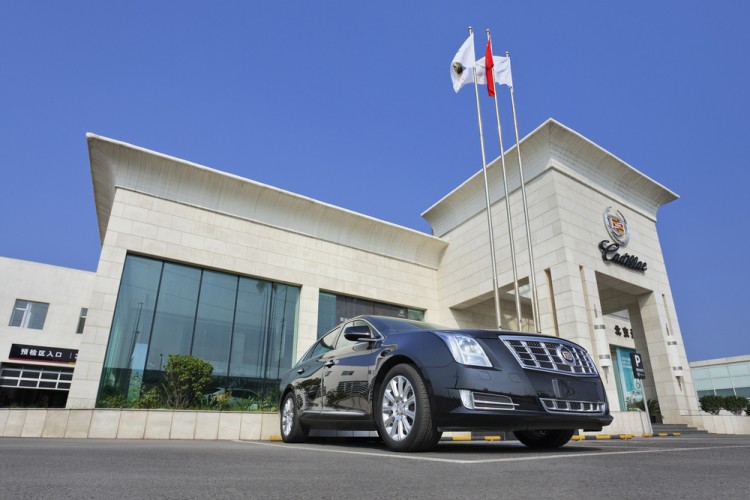 In our market analysis, we don’t just track the latest moves of funds. We are, in fact, more interested in their 13F filings, which we use to determine the top 15 small-cap stocks held by the funds we track. We gather and share this information based on 16 years of research, with backtests for the period between 1999 and 2012 and forward testing for the last 2.5 years. The results of our analysis show that these 15 most popular small-cap picks have a great potential to outperform the market, beating the S&P 500 Total Return Index by nearly one percentage point per month in backtests. Moreover, since the beginning of forward testing in August 2012, the strategy worked brilliantly, outperforming the market every year and returning 145%, which is more than 85 percentage points higher than the returns of the S&P 500 ETF (SPY) (see more details).

Nothing is working for semiconductor device manufacturer, Micron Technology, Inc. (NASDAQ:MU) of late, as its shares have declined by 19.68% throughout the last week, with shares dipping to $19.66, and the stock around its 52-week low. Micron Technology announced dismal fiscal third quarter 2015 financial results on June 25, posting adjusted earnings per share of $0.43, which was $0.15 lower than the market’s expectations. At the same time, the company has missed analysts’ revenue estimates twice in the last three quarters, most recently with its revenues of $3.85 billion falling short of the consensus estimate of $3.90 billion. On top of its poor share performance this week, the shares of Micron Technology, Inc. (NASDAQ:MU) have declined 44.46% year-to-date. Investor sentiment is bearish for the company’s stock as 100 hedge fund managers in our database have made net investments of $6.97 billion, down markedly from the $8.21 billion in investments from 113 investors at the end of 2014. David Einhorn’s Greenlight Capital held a large stake in Micron Technology, Inc. (NASDAQ:MU), with investments worth $910.20 million through ownership of 33.59 million shares of the company as of the end of the first quarter of 2015. Among the insiders reducing their stake in the company in the past six months, Ron Foster made the biggest insider sale of 75,000 shares on February 17.