After the closing bell this afternoon, Micron Technology, Inc. (NASDAQ:MU) announced its financial results for its fiscal third quarter of 2015 ending on June 4, and they weren’t pretty. As per the chief executive officer of the semiconductor company, D. Mark Durcan, a weak PC market was among the primary reasons for the dismal quarterly results. Micron Technology missed the Thompson Reuters’ consensus estimates on both the top and bottom lines, reporting just $0.42 in earnings, down 38% year-over-year, and $3.85 billion in revenue, down 3% year-over-year. Analysts were predicting $0.56 in earnings on $3.90 billion in revenue. The news didn’t catch some analysts off-guard, with Wedbush predicting on Monday that the semiconductor firm would miss estimates, while nonetheless maintaining its ‘Outperform’ rating and $31 price target on the stock. Micron is now trading at just $21.17 in after-hours trading, down 12% after the close. The big question now is, does Micron represent a good buying opportunity, or are the root causes of its woes too inherent to overcome? After all, can we expect the weak PC market to drastically improve in the near future? Well…possibly. The release of Windows 10 could provide some impetus for new PC purchases, and the stock was already trading around its 52-week low before the after-hours tumble. This makes the stock a risky and daring buy candidate that could pay off in the second half. 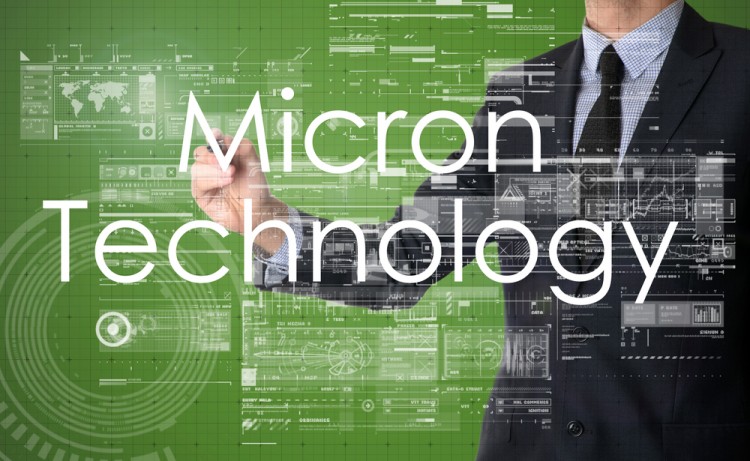 Micron Technology, Inc. (NASDAQ:MU)’s shares have witnessed a decrease in hedge fund interest in recent months. As per the 13F filings of hedge funds for the reporting period of March 31, 100 hedge funds reported holdings in the semiconductor company with net investments of $6.97 billion. Micron Technology lost its popularity among investment managers as compared to the previous quarter when 113 investment managers held positions worth $8.21 billion. The shares of Micron Technology have witnessed huge insider selling in the last six months, with the primary sales being made by Chief Financial Officer Ron Foster, who sold 75,000 shares on February 17, and 25,000 shares on February 18, and Vice President of Memory Technology and Solutions Brian Shirley, who sold 25,000 shares on April 20,  along with another 64,750 shares of the company on April 22.

At Insider Monkey, we track hedge funds’ moves in order to identify actionable patterns and profit from them. Our research has shown that hedge funds’ large-cap stock picks historically delivered a monthly alpha of six basis points, though these stocks underperformed the S&P 500 Total Return Index by an average of seven basis points per month between 1999 and 2012. On the other hand, the 15 most popular small-cap stocks among hedge funds outperformed the S&P 500 Index by an average of 95 basis points per month (read the details here). Since the official launch of our small-cap strategy in August 2012, it has performed just as predicted, returning over 144% and beating the market by more than 84 percentage points. We believe the data is clear: investors will be better off by focusing on small-cap stocks utilizing hedge fund expertise rather than large-cap stocks. Tracking the moves of insiders is also important, with research showing a clear link between insider purchases and stronger stock performance.