According to a Bloomberg report, a jury has found E I Du Pont De Nemours And Co (NYSE:DD) liable for an Ohio woman’s kidney cancer after a toxic Teflon chemical was found in Ohio and West Virginia’s water. The jury awarded the woman $1.6 million in damages, although DuPont Co’s spinoff Chemours Co (NYSE:CC) will bear the ultimate cost as per the details of its spinoff. Shares of E I Du Pont De Nemours And Co are up by 1.41% while shares of Chemours Co are up by 8.01% in afternoon trading. Let’s take a closer look at the two chemical companies and examine hedge fund sentiment towards them. 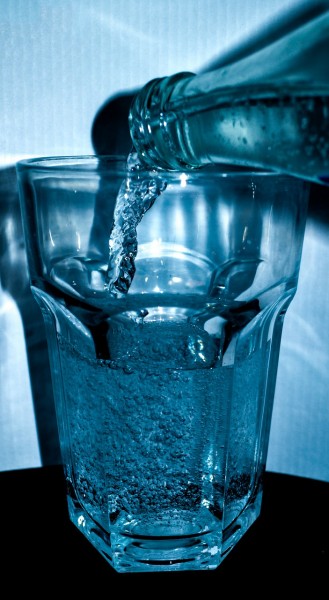 Why do we pay attention to hedge fund sentiment? Most investors ignore hedge funds’ moves because as a group their average net returns trailed the market since 2008 by a large margin. Unfortunately, most investors don’t realize that hedge funds are hedged and they also charge an arm and a leg, so they are likely to underperform the market in a bull market. We ignore their short positions and by imitating hedge funds’ stock picks independently, we don’t have to pay them a dime. Our research has shown that hedge funds’ long stock picks generate strong risk-adjusted returns. For instance, the 15 most popular small-cap stocks outperformed the S&P 500 Index by an average of 95 basis points per month in our back-tests spanning the 1999-2012 period. We have been tracking the performance of these stocks in real-time since the end of August 2012. After all, things change and we need to verify that back-test results aren’t just a statistical fluke. We weren’t proven wrong. These 15 stocks managed to return 118% over the last 36 months and outperformed the S&P 500 Index by 60 percentage points (see the details here).

Shares of E I Du Pont De Nemours And Co (NYSE:DD) and Chemours Co (NYSE:CC) are rallying because the jury didn’t award the woman punitive damages. The two chemical companies will appeal the verdict, as the companies don’t believe the Teflon chemical PFOA contributed to the woman’s health problems. The stakes are high, as the the Ohio woman’s lawsuit is the first of 3,500 lawsuits concerning the toxic chemical. Overall, analysts think Du Pont and Chemours dodged a bullet with the ruling and the case will ultimately be settled out of court. If successfully settled, the case could be a template for the other 3,500 lawsuits concerning PFOA.

Shares of E I Du Pont De Nemours And Co are down by 19% and shares of Chemours Co are off by almost 60% year-to-date, partly because of investor concerns over the pending lawsuits. If the two chemical companies reach a global settlement with the plaintiffs, management of the two companies can focus on their core businesses and deliver value for their shareholders. Du Pont can focus on transforming itself into a bio-based industrial products and advanced materials company, while Chemours’ management can focus on either selling itself or growing its bottom line.

Our data shows that hedge funds were bullish on E I Du Pont De Nemours And Co (NYSE:DD) in the second quarter, though they still held less than 5% of its shares overall. A total of 46 funds reported stakes worth $2.4 billion in the latest round of 13F filings, up from 36 funds with $2.18 billion in shares a quarter earlier. Activist Trian Partners is Du Pont’s largest shareholder in our database, with a holding of 24.56 million shares, while Phill Gross and Robert Atchinson‘s Adage Capital Management is second, with a stake of 1.4 million shares. Rounding out the top five are Jonathon Jacobson’s Highfields Capital Management, D E Shaw, and Paul Marshall and Ian Wace’s Marshall Wace LLP.

Hedge funds are even less bullish on Chemours Company (NYSE:CC), as our data shows that ten elite funds owned $50.68 million worth of the company’s shares, representing just 1.9% of its outstanding stock, at the end of June. SEC filings show that Trian Partners also heads the list of Chemours shareholders among the investors we track, owning 4.91 million shares. Only time will tell whether this ruling and the ones to follow will change the smart money’s mind concerning Chemours.