Charitable giving is an important part of American society, and many corporate leaders, who’ve earned their wealth through the stock market or other investments, have gone on to become some of the most generous individuals in the world. Given the concentration of wealth that most of these donors have in a single stock, however, their capacity to give can change markedly from year to year.

With that in mind, let’s take a look at the five most generous donors of last year according to the Chronicle of Philanthropy. By looking not only at how much they gave in 2012, but also how the companies they’re affiliated with have performed so far this year, we should be able to tell whether they’ll be in a position to make even more generous gifts in 2013 and beyond.

These donors have all earned reputations for their philanthropic efforts, with most of them having a long history of donations. Warren Buffett has been making regular donations of Berkshire stock to the Gates Foundation, founded by Microsoft Corporation (NASDAQ:MSFT) co-founder Bill Gates, for years. Paul Allen, Microsoft Corporation (NASDAQ:MSFT)’s other co-founder, made the bulk of his donations last year toward advancing brain research, with the goal of solving the mysteries of Alzheimer’s and other neurological conditions. Sergey Brin, co-founder of Google Inc (NASDAQ:GOOG), has been giving substantial sums toward research into Parkinson’s disease for years, with a family history of the disease making the cause hit close to home for Brin. And for John Arnold, who worked as a trader for Enron before going out on his own to start a hedge fund, the foundation he and his wife established aims at improvements in a number of key areas, including the criminal justice, education, and pension systems.

Meanwhile, Mark Zuckerberg’s wealth is more recent, but he upped the ante last year after a $100 million gift to the Newark, N.J. public school system in 2010. Zuckerberg and his wife committed nearly half a billion dollars last year toward a foundation aimed at health and educational efforts.

Can they give more?
Thanks to recent gains in the stock market, most of the public companies tied to these donors’ fortunes have done fairly well: 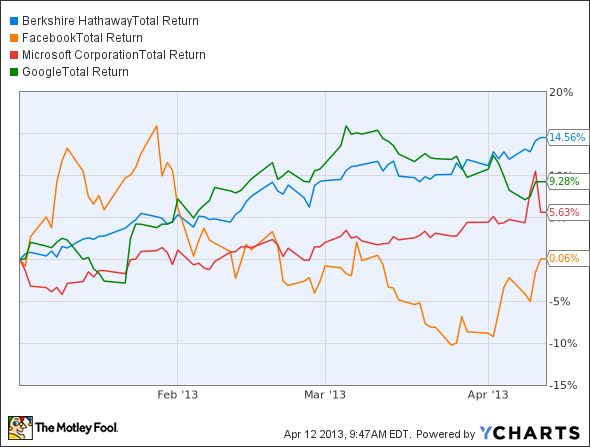