Facebook Inc (FB): It Needs to Show Us Why Sharing Matters

One of the most persistent problems that investors and analysts have when valuing Facebook Inc (NASDAQ:FB) is that it’s really difficult to assess just how meaningful a presence on the site is to businesses. Is a million likes more valuable than a thousand shares? How does a brand engage with its customers in ways that benefit both its own bottom line and Facebook’s? Is it even possible for Facebook to supplant the existing marketing modalities, or will it only become one cog in an ever-growing permanent promotional machine? 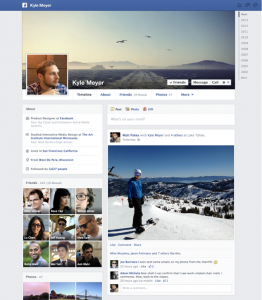 Adweek recently attempted to answer this difficult question by pointing to a long-standing Facebook Inc (NASDAQ:FB) mind-set: sharing is caring.

Marketers say they, too, put a high value on social sharing. “Whether people are sharing our content is an indicator we use to understand if we are going in the right direction,” said Catherine Schenquerman, digital ad manager at JetBlue.

Scott Monty, social media director at Ford (NYSE:F) , called likes the “digital grunts” of Facebook. “The like, as far as I’m concerned, is the minimum commitment you can ask from a [Facebook] fan,” he said. “Likes, comments, shares — it goes in that order of importance. Even the person who authors the first comment is like an ‘ugh,’ another digital grunt. I am more interested in the value of a share.”

I’m a big fan of Scott Monty’s description. It seems so appropriate, doesn’t it? You can click “like” on this article if you want (and I certainly wouldn’t tell you not to), but when you share it, you’re telling your inner circle that this means something to you.

Facebook Inc (NASDAQ:FB)’s internal algorithms, which prioritize what its users see on their news feeds, give shares more than 1,000% more importance than likes, and a study by event-promotion site Eventbrite found that a share was worth $4.15 in terms of ticket sales, far more than retweets on Twitter or shares on LinkedIn Corp (NYSE:LNKD) . LinkedIn, of course, isn’t built on the value of its promotional platform, so this is less of a concern on its end — but Facebook’s entire value proposition is built (at least right now) on how many people it can get to click on its ads and engage with brands that pay good money for visibility.

As marketers and strategy firms continue to refine their understanding of Facebook’s value to the world’s brands, the social network is likely to be able to leverage that understanding into greater financial gain — or, if shares are discovered to be a poor value proposition in the end, it’s likely that Facebook Inc (NASDAQ:FB) will suffer. Much of the company’s future success will hinge on persuading thousands of companies and brands on its site to pony up for greater visibility.

Luckily, it’s relatively easy to get information on the relative success of a given “sharing” campaign. For example, TrackSocial found that Disney was the top brand, in terms of shares, during the 2012 holiday season, with nearly 13,000 per day. Family-friendly updates do quite well on the site — but, incredibly, a site called Grandparents.com gets nearly 3,500 shares every day, which is much more impressive than Disney’s result, since the former has more than 43 million fans, while the latter has fewer than 100,000.

Chrysler was a big sharing winner during the Super Bowl, with more than 22% of people viewing a Dodge Ram ad sharing it on Facebook Inc (NASDAQ:FB).

Few brands cracked the 5% share rate for their Super Bowl videos, which makes Chrysler’s ad even more impressive — it even beat out perennial Super Bowl favorite Anheuser Busch InBev (NYSE:BUD)‘s Budweiser ad on engagement, as the boozy video got more views overall but mustered only an 18% share rate. Ford didn’t even crack Unruly Media’s list of the top 10 most social ads of the Super Bowl.

Now, if only Facebook could tell investors a better story about its stock’s long-term growth potential. With any luck, deeper insight into the social network’s marketing effectiveness might do just that.

The article Facebook Needs to Show Us Why Sharing Matters originally appeared on Fool.com.

Fool contributor Alex Planes holds no financial position in any company mentioned here. Add him on Google+ or follow him on Twitter, @TMFBiggles, for more insight into markets, history, and technology.The Motley Fool recommends and owns shares of Facebook, Ford, LinkedIn, and Walt Disney (NYSE:DIS).