Detroit’s big three have enjoyed three solid months of sales to start 2013. The auto industry is surging and consumers are finally opening their wallets to replace that old clunker they’ve been driving. Consumers have been more willing than in the past to shrug off stereotypes of Detroit’s poorer quality vehicles, and are giving Ford Motor Company (NYSE:F) and General Motors Company (NYSE:GM) another chance to win their loyalty. I believe Ford Motor Company (NYSE:F) is set up for a stellar first quarter, and will beat Wall Street’s expectations handily. Let’s review the quarter in terms of what will push market share and profits higher. 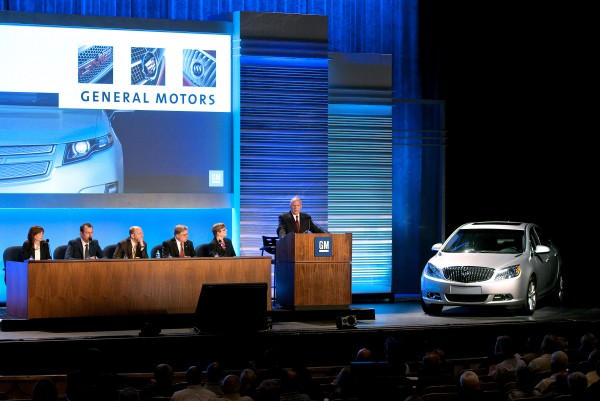 January
Ford Motor Company (NYSE:F) posted its best January since 2006 with company sales up 22%. The gain was led by the Fusion and Escape both posting records. The Fusion was up 65% versus the prior year, while the Escape increased 16%. The Explorer wasn’t to be left behind, having its best January since 2005 and up 46% over last year. As you know, Ford Motor Company (NYSE:F)’s profits are driven by the high margins in America’s best-selling pickup – the F-Series. It posted a 22% gain, proving that January was a solid first month of 2013. Let’s check out February, and see if the strong gains continued.

February
Ford Motor Company (NYSE:F)’s February wasn’t quite as impressive as its January, but it was still very strong. Company sales were up 9% — its best February in six years. The trend with Ford Motor Company (NYSE:F)’s recently refreshed vehicles selling well continued, with the Fusion and Escape again setting monthly records. Fusion set its all-time February sales record, topping last year’s record February by 28%. The Escape again posted its best February ever and the Explorer was up 59%. Once again, Ford’s cash cow brought the month home with the F-Series posting a 15% gain. Do we see a trend here? Yes, we do, and it’s a good one for Ford investors. Let’s see how March sales shaped up according to the information that Ford released this morning.

March
Ford’s glass isn’t just half full — it’s overflowing. For the first time in its history, the Fusion delivered sales numbers over 30,000 in March and over 80,000 total for the quarter. That alone would be enough for Ford’s PR department to dance and sing, but the good news doesn’t stop there. The Escape also posted its best ever March and quarterly sales. The Explorer had its best month of sales since the new model debuted in 2010. The F-Series posted a 16% sales increase following the surging pickup segment. March was another solid month and wrapped up a first quarter that should beat Wall Street expectations.

Bottom line
That was a simple look at all the facts. I expect Ford to begin gaining its market share back from the Japanese manufacturers. That battle will be led by the Fusion, Focus, and Escape which are high-volume sellers and are continuing to drive off the lots in record numbers. The F-Series brings home juicy margins, and is also increasing sales at rapid rates. Look for Ford to increase both market share and profits this quarter. One thing investors’ will need to watch for in the first quarter report is how bad Europe’s losses will affect the bottom line. That will be what drives the stock higher or lower for the short term. Long-term investors need not worry – life is good for Ford.

The article Ford Is Revving Up for a Stellar First Quarter originally appeared on Fool.com.