While many stocks have seen an increase in bullish sentiment from investors, other companies have not fared so well, which is why investors have been pulling money out of them and investing in other companies instead. There are many reasons why an investor would decide not to invest in a company, such as declines in financial results, some “uninspired” transactions, macroeconomic outlook, etc. The bottom line is that when we see that big money managers decide to dump a stock, it might be not a bad idea to follow suit. 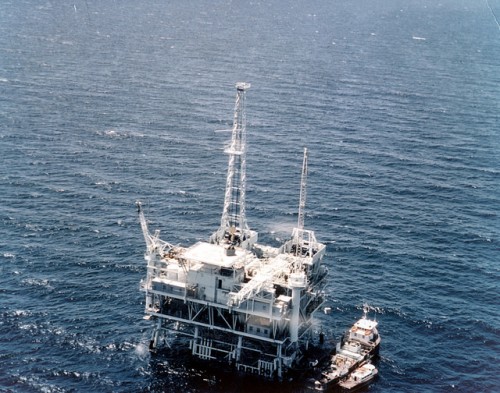 The last round of 13F filings, showed many funds reducing their exposure to oil and gas stocks, for obvious reasons. As oil prices declined, the profitability of these companies was put in question. Moreover, some consumer stocks have also been affected, especially those that have large exposure to international markets and whose profits are expected to take a hit as the US dollar becomes stronger against the Euro and other currencies.

Overall, among the top five stocks with the largest capital outflows during the fourth quarter, three are represented by large oil & gas companies such as Exxon Mobil Corporation (NYSE:XOM), while the other two happen to be the two largest soft drink producers globally: The Coca-Cola Co (NYSE:KO) and PepsiCo, Inc. (NYSE:PEP).

While investors have been reducing their stakes in many oil companies, Exxon Mobil Corporation (NYSE:XOM) was affected more than others, as the number of funds holding the stock among those that we track decreased to 62 from 71. Even more significantly, the amount of capital held in Exxon by the funds that we track fell to $4.01 billion, from $9.13 billion throughout the fourth quarter. The stock lost only 2% during the October-December period, so the decline in value of the stakes was mainly impacted by funds dumping shares of the company. Warren Buffett‘s Berkshire Hathaway was the largest of those, as it sold its entire stake that previously contained 41.13 million shares worth $3.89 billion at the end of the third quarter, while the Bill & Melinda Gates Foundation Trust followed suit, unloading its entire stake of 8.14 million shares worth $766 million.

On the other hand, some large investors decided to take a chance and buy shares of the company, betting on oil prices to rebound, which should help Exxon Mobil Corporation (NYSE:XOM)’s stock to recover. Ken Griffin of Citadel Investment Group and Israel Englander of Millennium Management raised their stakes by 150% and 72% respectively, to 2.82 million shares and 564,900 shares. However, in the equity portfolio of large investors, Exxon Mobil Corporation (NYSE:XOM) represents a tiny portion of the total value, so they can afford to hold on to a stock that is losing ground if there is a big chance for a recovery in the near future.

Anadarko Petroleum Corporation (NYSE:APC) is another oil stock that took a hit as 87 funds reported holding $5.61 billion worth of stock, versus 110 funds with $9.12 billion a quarter earlier. Keith Meister’s Corvex Management and Jean-Marie Eveillard’s First Eagle Investment Management are two of the funds that closed out their stakes, selling 3.67 million shares and 3.09 million shares respectively. On the other hand, Citadel and Paul Singer’s Elliott Management both increased their stakes in Anadarko Petroleum Corporation (NYSE:APC) to 4.92 million shares and 4.62 million shares respectively. Anadarko’s stock lost over 17% during the fourth quarter.