A number of factors have changed the face of peak oil. Low U.S. growth, increased oil production and more fuel efficient modes of transportation have dampened the effects of rising energy costs. Peak oil is still a real phenomenon, but in the medium term it looks like it will affect the economy through subtle means. 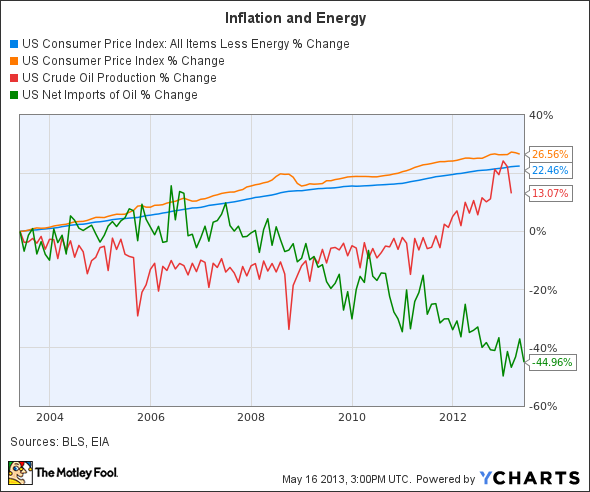 Oil’s main use is in transportation fuels like gasoline, jet fuel and diesel. The recent oil production boom in the U.S. is based upon tight oil that requires oil prices around $90 per barrel or higher. While the EIA projects that the average import price for crude oil will fall until 2018, it only projects a fall from $109 to $93. That is to say, the price will fall to the point where the most expensive oil fields are just breaking even.

Hidden peak oil will not be a horribly public affair where the price of oil doubles in a week; it will be a slow eating away at America’s middle class through increased inflation and transportation costs. Companies that rely upon a growing American middle class should be invested in carefully.

Where to Invest in the Midst of Hidden Peak Oil? 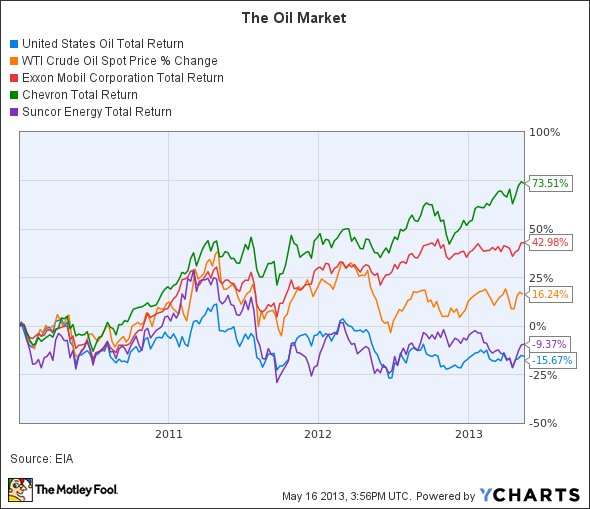 Simply buying an oil ETF like United States Oil Fund LP (NYSEMKT:USO) is a bad idea. This fund tracks America’s West Texas Intermediate (WTI) futures, and WTI is expected to fall because of continued supply growth. Also, the roll-over cost of the underlying futures cause the ETF to provide a return significantly lower than the crude oil spot price. Also, United States Oil Fund LP’s expense ratio of 0.45% drags down earnings over the long term.

At the same time, there are a number of companies with operations that can be profitable without $120 oil. Exxon Mobil Corporation (NYSE:XOM) posted average 2012 per-barrel production costs of $13.02 for total per-barrel oil equivalent, $23.81 for bitumen and $47.45 for synthetic oil. These low production costs and the integration of Exxon Mobil Corporation (NYSE:XOM)’s upstream and downstream operations allows it to provide a strong return on investment (ROI) of 32.9%.

Over the coming decade, the company’s costs will increase as unconventional sources like the Kearl oil sands facility provide a greater percentage of production. Regardless, Exxon Mobil Corporation (NYSE:XOM) is a great investment for a sideways oil market. It has almost no debt with a total debt to equity ratio of 0.08 and the proven ability to develop low-cost fields.