ExactTarget Inc (ET): Are Hedge Funds Right About This Stock?

In the eyes of many investors, hedge funds are seen as overrated, outdated financial tools of a period lost to current times. Although there are over 8,000 hedge funds in operation currently, Insider Monkey focuses on the top tier of this group, about 525 funds. It is widely held that this group has its hands on the majority of the hedge fund industry’s total capital, and by paying attention to their highest performing investments, we’ve identified a few investment strategies that have historically beaten the S&P 500. Our small-cap hedge fund strategy outstripped the S&P 500 index by 18 percentage points per year for a decade in our back tests, and since we’ve began to sharing our picks with our subscribers at the end of August 2012, we have outpaced the S&P 500 index by 33 percentage points in 11 months (see all of our picks from August).

Just as useful, bullish insider trading sentiment is another way to look at the world of equities. Just as you’d expect, there are a variety of stimuli for an insider to downsize shares of his or her company, but just one, very simple reason why they would initiate a purchase. Various empirical studies have demonstrated the impressive potential of this tactic if you understand what to do (learn more here).

Keeping this in mind, it’s important to discuss the recent info for ExactTarget Inc (NYSE:ET).

At Q2’s end, a total of 30 of the hedge funds we track held long positions in this stock, a change of 114% from the first quarter. With hedgies’ capital changing hands, there exists an “upper tier” of key hedge fund managers who were boosting their holdings substantially.

According to our 13F database, Eton Park Capital, managed by Eric Mindich, holds the biggest position in ExactTarget Inc (NYSE:ET). Eton Park Capital has a $101.2 million position in the stock, comprising 1.9% of its 13F portfolio. On Eton Park Capital’s heels is Paul Singer of Elliott Management, with a $75.2 million position; 1.4% of its 13F portfolio is allocated to the company. Other hedge funds that hold long positions include Jane Mendillo’s Harvard Management Co, Paul Glazer’s Glazer Capital and Clint Carlson’s Carlson Capital.

What do corporate executives and insiders think about ExactTarget Inc (NYSE:ET)?

Insider buying is at its handiest when the company in focus has seen transactions within the past half-year. Over the last 180-day time period, ExactTarget Inc (NYSE:ET) has seen zero unique insiders buying, and zero insider sales (see the details of insider trades here).

We’ll also take a look at the relationship between both of these indicators in other stocks similar to ExactTarget Inc (NYSE:ET). These stocks are VirnetX Holding Corporation (NYSEAMEX:VHC), Angie’s List Inc (NASDAQ:ANGI), Net Element Inc (PINK:NETE), DealerTrack Technologies Inc (NASDAQ:TRAK), and J2 Global Inc (NASDAQ:JCOM). This group of stocks are the members of the internet software & services industry and their market caps match ET’s market cap.

AsiaInfo-Linkage, Inc. (ASIA): Insiders Aren’t Crazy About It But Hedge... 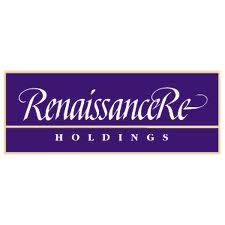