Equinor ASA (NYSE:EQNR): Are Hedge Funds Right About This Stock?

Is Equinor ASA (NYSE:EQNR) a good investment right now? We check hedge fund and billionaire investor sentiment before delving into hours of research. Hedge funds spend millions of dollars on Ivy League graduates, expert networks, and get tips from investment bankers and industry insiders. Sure they sometimes fail miserably but historically their consensus stock picks outperformed the market after adjusting for known risk factors.

Equinor ASA (NYSE:EQNR) has experienced an increase in enthusiasm from smart money recently. Our calculations also showed that EQNR isn’t among the 30 most popular stocks among hedge funds.

At the moment there are dozens of indicators investors use to value their stock investments. Two of the best indicators are hedge fund and insider trading indicators. We have shown that, historically, those who follow the top picks of the top hedge fund managers can beat the market by a solid margin (see the details here).

At Q4’s end, a total of 13 of the hedge funds tracked by Insider Monkey were long this stock, a change of 8% from one quarter earlier. The graph below displays the number of hedge funds with bullish position in EQNR over the last 14 quarters. With hedgies’ sentiment swirling, there exists an “upper tier” of noteworthy hedge fund managers who were increasing their holdings significantly (or already accumulated large positions). 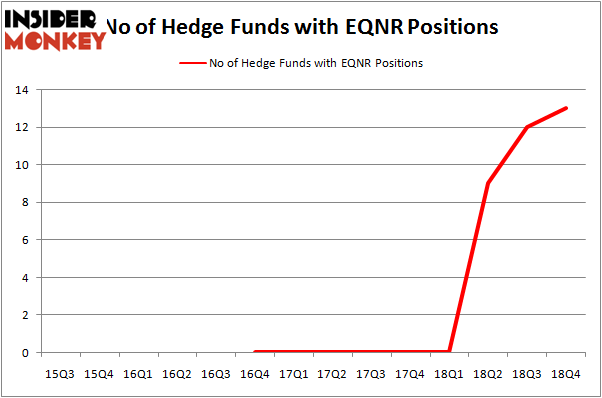 More specifically, Renaissance Technologies was the largest shareholder of Equinor ASA (NYSE:EQNR), with a stake worth $194.9 million reported as of the end of September. Trailing Renaissance Technologies was Arrowstreet Capital, which amassed a stake valued at $63.3 million. Fisher Asset Management, Leucadia National, and Millennium Management were also very fond of the stock, giving the stock large weights in their portfolios.

Now, specific money managers have been driving this bullishness. Millennium Management, managed by Israel Englander, initiated the most outsized position in Equinor ASA (NYSE:EQNR). Millennium Management had $8.2 million invested in the company at the end of the quarter. Matthew Tewksbury’s Stevens Capital Management also made a $2.1 million investment in the stock during the quarter. The only other fund with a new position in the stock is Matthew Hulsizer’s PEAK6 Capital Management.

As you can see these stocks had an average of 45.5 hedge funds with bullish positions and the average amount invested in these stocks was $2729 million. That figure was $342 million in EQNR’s case. Morgan Stanley (NYSE:MS) is the most popular stock in this table. On the other hand Vale SA (NYSE:VALE) is the least popular one with only 33 bullish hedge fund positions. Compared to these stocks Equinor ASA (NYSE:EQNR) is even less popular than VALE. Even though hedge fund sentiment towards EQNR has been improving, it is still quite bearish. Our calculations showed that top 15 most popular stocks among hedge funds returned 19.7% through March 15th and outperformed the S&P 500 ETF (SPY) by 6.6 percentage points. Unfortunately EQNR wasn’t in this group. Hedge funds that bet on EQNR were disappointed as the stock returned 7.3% and underperformed the market. If you are interested in investing in large cap stocks, you should check out the top 15 hedge fund stocks as 13 of these outperformed the market.

Were Hedge Funds Right About Buying Costco Wholesale Corporation (COST)?
Monthly Newsletter Strategy
Download a free copy of our newsletter and see the details inside!
Hedge Fund Resource Center
Related News
Ten of the Most Common Addictions 13 African Countries with the Largest White Population in 2018 6 Causes of Human Trafficking in Africa, India, and US
Billionaire Hedge Funds