Manufacturer and distributor of non-alcoholic beverages, Dr. Pepper Snapple Group Inc. (NYSE:DPS), has been able to fend off competition from big players like PepsiCo, Inc. (NYSE:PEP) and The Coca-Cola Company (NYSE:KO) with success, consequently remaining profitable in the ever competitive beverage industry. Being bought by one of the big players is not an option for Dr. Pepper according to its CEO, Larry Young, in an interview on CNBC. 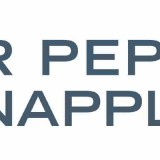 Great brands and loyal customers have continued to remain the driving force behind the Dr. Pepper Snapple Group Inc. (NYSE:DPS) success since inception in 1885. Its Focus has always remained on providing what the end consumer needs.

“You know Dr. Pepper has been around since 1885, and I have had that question since I have been CEO, since 2008 everybody says: “How do you go against the monsters out there?” You know we have great people, great brands, and they deliver great results. You know we just keep going out there, we know what our consumers want, and that’s what we go after,” said Mr. Young.

Dr. Pepper Snapple Group Inc. (NYSE:DPS) continues to perform well in terms of revenues in states like Texas, Oklahoma, Louisiana and Missouri, with 88% of the company’s business strapped in the U.S, as opposed to its competitors PepsiCo, Inc. (NYSE:PEP) and The Coca-Cola Company (NYSE:KO), which have international interests. The CEO maintains that the company is a North American brand, although there are plans to further launch, some products in other key international markets. The company could have gone international a long time ago had it not been affected by the sale of most of its brands to Pepsi and Coke. The CEO has indicated there are plans to launch in the Far East as well as the Middle East.

“[…] Back in 1998, when Cadbury was kind of splitting the company up. They sold a lot of brands to Coke and Pepsi so we are pretty much a North America brand. We are starting to look internationals in some of our Snapple brands especially out in the Middle-East and far East,” Said Mr. Young.

Dr. Pepper Snapple Group Inc. (NYSE:DPS) plans to launch its products on the international markets independently as opposed to partnering with other players in the space.

Peltz About PepsiCo, Inc. (PEP) and Buffett’s Stake in The Coca-Cola...