In breaking news today, CNBC reported about the much speculated deal, which involves the discount retail chain Dollar Tree, Inc. (NASDAQ:DLTR) buying out its smaller competitor Family Dollar Stores, Inc. (NYSE:FDO). The deal has been announced and it will involve a cash and stock transaction worth $74.5 per share. 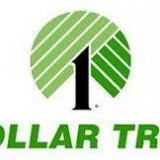 The report also detailed that on the back of this development, share price of Family Dollar Stores, Inc. (NYSE:FDO) went up by 5% in pre-market trading. The report quoted the executives of  Dollar Tree, Inc. (NASDAQ:DLTR) as having said that the price valuation represents a “22.8 percent premium over Family Dollar Stores, Inc. (NYSE:FDO) closing price of as of July 25.”

The report then goes on to recall the vociferous support this deal had from activist investors like Nelson Peltz (who is on the board of Family Dollar Stores, Inc. (NYSE:FDO) and Carl Icahn, who is one of the biggest shareholders in the acquired company.

The report went on quote some shareholding pattern numbers in Family Dollar Stores, Inc. (NYSE:FDO) from Capital IQ  to call out some of the shareholders who will win from this transaction.

“This is a big win for Carl Icahn, the biggest holder as of the last filing date is Icahn Capital, and they own 9.4% of the shares [of the Family Dollar]. So Carl Icahn big win here. You have Trian Fund Management, which is Nelson Peltz investment vehicle owning 7.3%, and John Paulson’s Paulson & Company 5.7% ownership stake in Family Dollar as well.”

The report also quoted Dollar Tree, Inc. (NASDAQ:DLTR) President and Chief Operating Officer Gary M. Philbin to have described this deal as, “transformational opportunity, with the acquisitions of Family Dollar, Dollar Tree will become the leading discount retailer in North America based on the number of store locations, operating more than 13,000 stores in 48 states and five Canadian provinces.”

The report also went on to report that Wal-Mart Stores, Inc. (NYSE:WMT) is likely to  come under pressure post this deal, since it has been struggling over the past few quarters to develop smaller stores to compete with smaller competition.