Evolution Petroleum Corporation (NYSEMKT:EPM) was in 6 hedge funds’ portfolios at the end of September. EPM shareholders have witnessed an increase in enthusiasm from smart money lately. There were 3 hedge funds in our database with EPM positions at the end of the previous quarter. The level and the change in hedge fund popularity aren’t the only variables you need to analyze to decipher hedge funds’ perspectives. A stock may witness a boost in popularity but it may still be less popular than similarly priced stocks. That’s why at the end of this article we will examine companies such as Newtek Business Services, Inc (NASDAQ:NEWT), West Marine, Inc. (NASDAQ:WMAR), and eHealth, Inc. (NASDAQ:EHTH) to gather more data points. 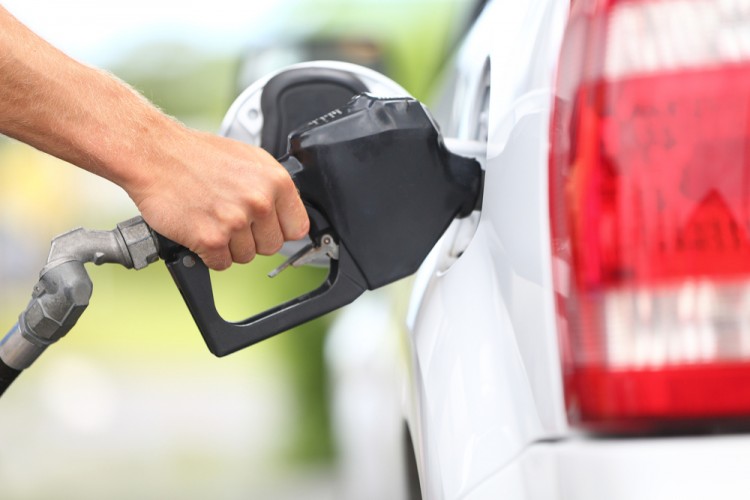 Heading into the fourth quarter of 2016, a total of 6 of the hedge funds tracked by Insider Monkey held long positions in this stock, a change of 100% from the previous quarter. By comparison, 5 hedge funds held shares or bullish call options in EPM heading into this year. With hedgies’ sentiment swirling, there exists a few noteworthy hedge fund managers who were boosting their holdings considerably (or already accumulated large positions). 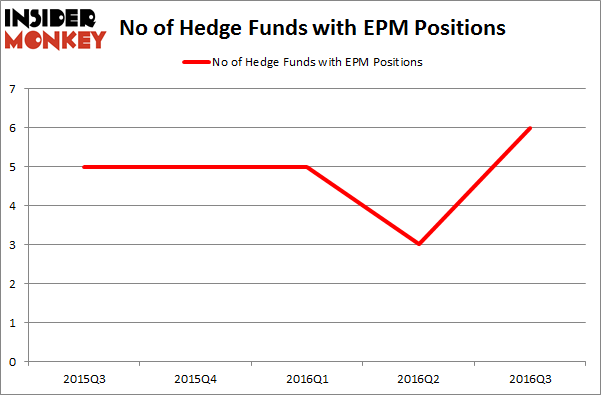 According to Insider Monkey’s hedge fund database, Wilmot B. Harkey and Daniel Mack’s Nantahala Capital Management has the number one position in Evolution Petroleum Corporation (NYSEMKT:EPM), worth close to $5.7 million, comprising 0.7% of its total 13F portfolio. On Nantahala Capital Management’s heels is Renaissance Technologies, one of the largest hedge funds in the world, holding a $4.7 million position; less than 0.1%% of its 13F portfolio is allocated to the stock. Other hedge funds and institutional investors with similar optimism contain John Overdeck and David Siegel’s Two Sigma Advisors, Israel Englander’s Millennium Management and Ken Griffin’s Citadel Investment Group. We should note that Nantahala Capital Management is among our list of the 100 best performing hedge funds which is based on the performance of their 13F long positions in non-microcap stocks.

Consequently, some big names were leading the bulls’ herd. Millennium Management initiated the largest position in Evolution Petroleum Corporation (NYSEMKT:EPM). Millennium Management had $0.2 million invested in the company at the end of the quarter. Citadel Investment Group also made a $0.1 million investment in the stock during the quarter. The only other fund with a new position in the stock is Peter Muller’s PDT Partners.

As you can see these stocks had an average of 8 hedge funds with bullish positions and the average amount invested in these stocks was $35 million. That figure was $11 million in EPM’s case. eHealth, Inc. (NASDAQ:EHTH) is the most popular stock in this table. On the other hand MBT Financial Corp. (NASDAQ:MBTF) is the least popular one with only 3 bullish hedge fund positions. Evolution Petroleum Corporation (NYSEAMEX:EPM) is not the least popular stock in this group but hedge fund interest is still below average. This is a slightly negative signal and we’d rather spend our time researching stocks that hedge funds are piling on. In this regard EHTH might be a better candidate to consider taking a long position in.

Suggested Articles:
Countries With The Best Roads
Countries That Produce The Most Illegal Drugs
States With The Highest Suicide Rates In America