Companhia Energetica Minas Gerais (ADR) (NYSE:CIG) was in 10 hedge funds’ portfolio at the end of the first quarter of 2013. CIG has seen a decrease in enthusiasm from smart money of late. There were 17 hedge funds in our database with CIG positions at the end of the previous quarter.

At the moment, there are a multitude of indicators investors can use to monitor Mr. Market. A couple of the best are hedge fund and insider trading activity. At Insider Monkey, our research analyses have shown that, historically, those who follow the best picks of the elite money managers can trounce the S&P 500 by a significant margin (see just how much).

Just as key, bullish insider trading sentiment is another way to parse down the marketplace. Just as you’d expect, there are many motivations for an insider to drop shares of his or her company, but just one, very obvious reason why they would behave bullishly. Plenty of academic studies have demonstrated the impressive potential of this strategy if investors understand what to do (learn more here).

At the end of the first quarter, a total of 10 of the hedge funds we track were bullish in this stock, a change of -41% from one quarter earlier. With hedge funds’ positions undergoing their usual ebb and flow, there exists a few notable hedge fund managers who were increasing their stakes meaningfully. 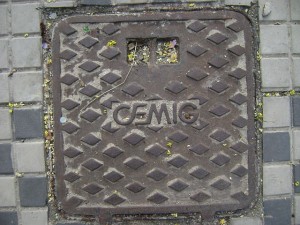 Judging by the fact that Companhia Energetica Minas Gerais (ADR) (NYSE:CIG) has faced falling interest from the smart money, we can see that there were a few hedgies who sold off their full holdings in Q1. At the top of the heap, Jim Simons’s Renaissance Technologies sold off the biggest investment of the “upper crust” of funds we watch, valued at close to $20.5 million in stock., and Peter Rathjens, Bruce Clarke and John Campbell of Arrowstreet Capital was right behind this move, as the fund said goodbye to about $13.6 million worth. These bearish behaviors are intriguing to say the least, as total hedge fund interest was cut by 7 funds in Q1.

Insider purchases made by high-level executives is particularly usable when the company in focus has experienced transactions within the past 180 days. Over the latest half-year time frame, Companhia Energetica Minas Gerais (ADR) (NYSE:CIG) has experienced zero unique insiders buying, and zero insider sales (see the details of insider trades here).