Many investors, including Paul Tudor Jones or Stan Druckenmiller, have been saying before the Q4 market crash that the stock market is overvalued due to a low interest rate environment that leads to companies swapping their equity for debt and focusing mostly on short-term performance such as beating the quarterly earnings estimates. In the first half of 2019, most investors recovered all of their Q4 losses as sentiment shifted and optimism dominated the US China trade negotiations. Nevertheless, many of the stocks that delivered strong returns in the first half still sport strong fundamentals and their gains were more related to the general market sentiment rather than their individual performance and hedge funds kept their bullish stance. In this article we will find out how hedge fund sentiment to Sirius XM Holdings Inc (NASDAQ:SIRI) changed recently.

Sirius XM Holdings Inc (NASDAQ:SIRI) was in 29 hedge funds’ portfolios at the end of the second quarter of 2019. SIRI investors should be aware of a decrease in enthusiasm from smart money recently. There were 32 hedge funds in our database with SIRI positions at the end of the previous quarter. Our calculations also showed that SIRI isn’t among the 30 most popular stocks among hedge funds. 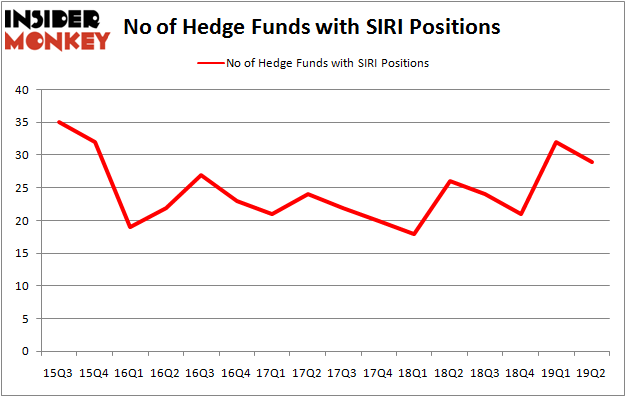 Heading into the third quarter of 2019, a total of 29 of the hedge funds tracked by Insider Monkey were long this stock, a change of -9% from the previous quarter. By comparison, 26 hedge funds held shares or bullish call options in SIRI a year ago. With the smart money’s positions undergoing their usual ebb and flow, there exists an “upper tier” of key hedge fund managers who were upping their stakes meaningfully (or already accumulated large positions). 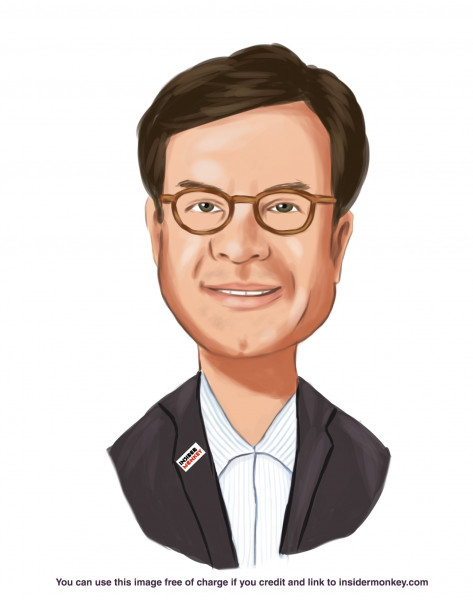 Because Sirius XM Holdings Inc (NASDAQ:SIRI) has experienced a decline in interest from the smart money, we can see that there was a specific group of fund managers who were dropping their full holdings heading into Q3. Intriguingly, Josh Resnick’s Jericho Capital Asset Management dropped the biggest investment of the 750 funds monitored by Insider Monkey, totaling an estimated $65 million in stock, and Seymour Sy Kaufman and Michael Stark’s Crosslink Capital was right behind this move, as the fund cut about $29.9 million worth. These moves are intriguing to say the least, as aggregate hedge fund interest fell by 3 funds heading into Q3.

As you can see these stocks had an average of 18.75 hedge funds with bullish positions and the average amount invested in these stocks was $433 million. That figure was $1239 million in SIRI’s case. Cummins Inc. (NYSE:CMI) is the most popular stock in this table. On the other hand CRH PLC (NYSE:CRH) is the least popular one with only 7 bullish hedge fund positions. Sirius XM Holdings Inc (NASDAQ:SIRI) is not the most popular stock in this group but hedge fund interest is still above average. Our calculations showed that top 20 most popular stocks among hedge funds returned 24.4% in 2019 through September 30th and outperformed the S&P 500 ETF (SPY) by 4 percentage points. Hedge funds were also right about betting on SIRI as the stock returned 12.4% during the third quarter and outperformed the market. Hedge funds were rewarded for their relative bullishness.