The Insider Monkey team has completed processing the quarterly 13F filings for the June quarter submitted by the hedge funds and other money managers included in our extensive database. Most hedge fund investors experienced strong gains on the back of a strong market performance, which certainly propelled them to adjust their equity holdings so as to maintain the desired risk profile. As a result, the relevancy of these public filings and their content is indisputable, as they may reveal numerous high-potential stocks. The following article will discuss the smart money sentiment towards Scorpio Bulkers Inc (NYSE:SALT).

Is Scorpio Bulkers Inc (NYSE:SALT) a buy, sell, or hold? Prominent investors are taking a bullish view. The number of long hedge fund bets inched up by 3 in recent months. Our calculations also showed that SALT isn’t among the 30 most popular stocks among hedge funds (see the video below). SALT was in 10 hedge funds’ portfolios at the end of June. There were 7 hedge funds in our database with SALT holdings at the end of the previous quarter. 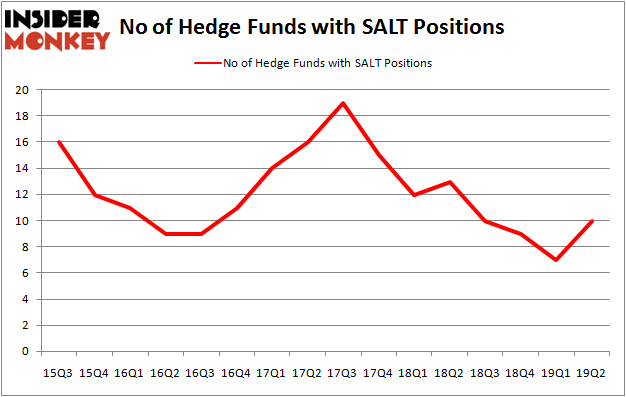 In addition to following the biggest hedge funds for investment ideas, we also share stock pitches from conferences, investor letters and other sources  like this one where the fund manager is talking about two under the radar 1000% return potential stocks: first one in internet infrastructure and the second in the heart of advertising market. We use hedge fund buy/sell signals to determine whether to conduct in-depth analysis of these stock ideas which take days. We’re going to take a peek at the new hedge fund action regarding Scorpio Bulkers Inc (NYSE:SALT).

What does smart money think about Scorpio Bulkers Inc (NYSE:SALT)? 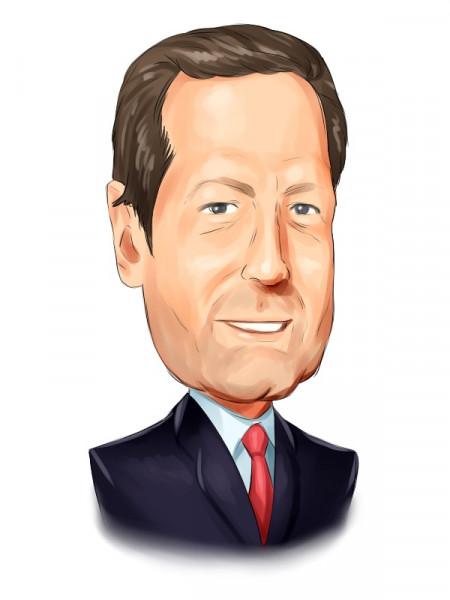 The largest stake in Scorpio Bulkers Inc (NYSE:SALT) was held by Renaissance Technologies, which reported holding $7 million worth of stock at the end of March. It was followed by Royce & Associates with a $3.4 million position. Other investors bullish on the company included Valueworks LLC, Anchorage Advisors, and Millennium Management.

As one would reasonably expect, key money managers have been driving this bullishness. Citadel Investment Group, managed by Ken Griffin, created the largest call position in Scorpio Bulkers Inc (NYSE:SALT). Citadel Investment Group had $0.1 million invested in the company at the end of the quarter. Matthew Hulsizer’s PEAK6 Capital Management also made a $0.1 million investment in the stock during the quarter. The other funds with brand new SALT positions are D. E. Shaw’s D E Shaw and Minhua Zhang’s Weld Capital Management.

As you can see these stocks had an average of 8.25 hedge funds with bullish positions and the average amount invested in these stocks was $64 million. That figure was $18 million in SALT’s case. Genco Shipping & Trading Limited (NYSE:GNK) is the most popular stock in this table. On the other hand Red River Bancshares, Inc. (NASDAQ:RRBI) is the least popular one with only 3 bullish hedge fund positions. Scorpio Bulkers Inc (NYSE:SALT) is not the most popular stock in this group but hedge fund interest is still above average. Our calculations showed that top 20 most popular stocks among hedge funds returned 24.4% in 2019 through September 30th and outperformed the S&P 500 ETF (SPY) by 4 percentage points. Hedge funds were also right about betting on SALT as the stock returned 32.7% during the third quarter and outperformed the market. Hedge funds were rewarded for their relative bullishness.