Did Hedge Funds Drop The Ball On Rapid7 Inc (RPD) ?

Rapid7 Inc (NASDAQ:RPD) was in 23 hedge funds’ portfolios at the end of September. RPD has seen a decrease in enthusiasm from smart money recently. There were 25 hedge funds in our database with RPD positions at the end of the previous quarter. Our calculations also showed that RPD isn’t among the 30 most popular stocks among hedge funds (click for Q3 rankings and see the video below for Q2 rankings).

To most investors, hedge funds are seen as worthless, outdated investment vehicles of years past. While there are greater than 8000 funds in operation today, Our researchers hone in on the masters of this group, approximately 750 funds. It is estimated that this group of investors have their hands on bulk of the smart money’s total asset base, and by keeping track of their unrivaled picks, Insider Monkey has determined many investment strategies that have historically outstripped Mr. Market. Insider Monkey’s flagship short hedge fund strategy defeated the S&P 500 short ETFs by around 20 percentage points a year since its inception in May 2014. Our portfolio of short stocks lost 27.8% since February 2017 (through November 21st) even though the market was up more than 39% during the same period. We just shared a list of 7 short targets in our latest quarterly update . 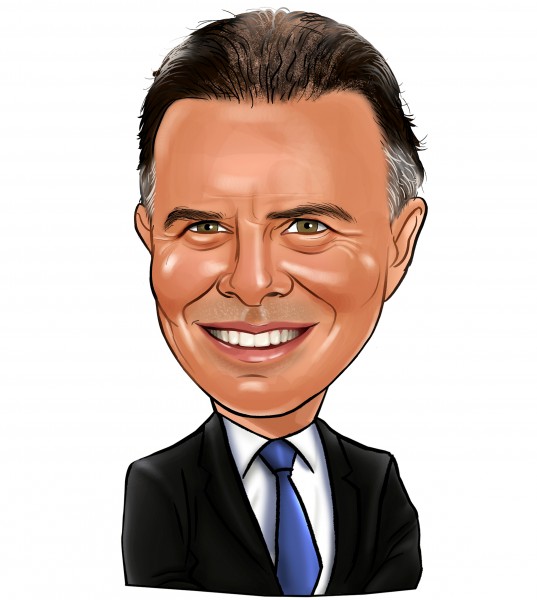 Unlike the largest US hedge funds that are convinced Dow will soar past 40,000 or the world’s most bearish hedge fund that’s more convinced than ever that a crash is coming, our long-short investment strategy doesn’t rely on bull or bear markets to deliver double digit returns. We only rely on the best performing hedge funds‘ buy/sell signals. Let’s take a peek at the new hedge fund action surrounding Rapid7 Inc (NASDAQ:RPD). 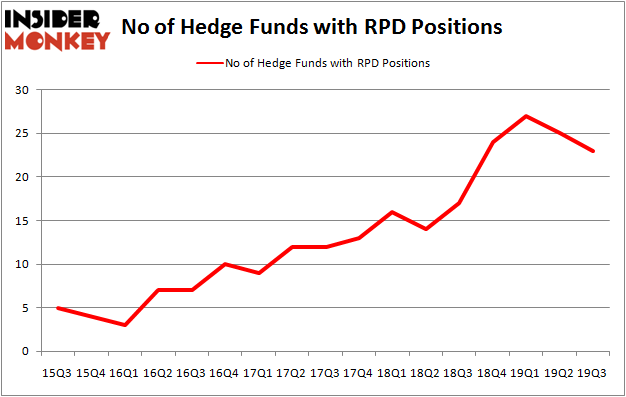 The largest stake in Rapid7 Inc (NASDAQ:RPD) was held by SQN Investors, which reported holding $75.3 million worth of stock at the end of September. It was followed by Citadel Investment Group with a $37.6 million position. Other investors bullish on the company included Columbus Circle Investors, Two Sigma Advisors, and Kingdon Capital. In terms of the portfolio weights assigned to each position SQN Investors allocated the biggest weight to Rapid7 Inc (NASDAQ:RPD), around 7.91% of its 13F portfolio. Kingdon Capital is also relatively very bullish on the stock, setting aside 1.58 percent of its 13F equity portfolio to RPD.

Because Rapid7 Inc (NASDAQ:RPD) has experienced bearish sentiment from the aggregate hedge fund industry, we can see that there was a specific group of money managers who were dropping their positions entirely in the third quarter. At the top of the heap, Panayotis Takis Sparaggis’s Alkeon Capital Management dumped the largest position of the “upper crust” of funds followed by Insider Monkey, worth an estimated $66.2 million in stock, and Guy Shahar’s DSAM Partners was right behind this move, as the fund dumped about $18.2 million worth. These transactions are interesting, as total hedge fund interest was cut by 2 funds in the third quarter.

As you can see these stocks had an average of 17 hedge funds with bullish positions and the average amount invested in these stocks was $143 million. That figure was $227 million in RPD’s case. Genworth Financial Inc (NYSE:GNW) is the most popular stock in this table. On the other hand Artisan Partners Asset Management Inc (NYSE:APAM) is the least popular one with only 13 bullish hedge fund positions. Rapid7 Inc (NASDAQ:RPD) is not the most popular stock in this group but hedge fund interest is still above average. Our calculations showed that top 20 most popular stocks among hedge funds returned 37.4% in 2019 through the end of November and outperformed the S&P 500 ETF (SPY) by 9.9 percentage points. Hedge funds were also right about betting on RPD as the stock returned 23.5% during the fourth quarter (through the end of November) and outperformed the market. Hedge funds were rewarded for their relative bullishness.