Is Focus Financial Partners Inc. (NASDAQ:FOCS) a buy here? Money managers are getting less bullish. The number of long hedge fund bets dropped by 4 in recent months. Our calculations also showed that focs isn’t among the 30 most popular stocks among hedge funds. FOCS was in 8 hedge funds’ portfolios at the end of the fourth quarter of 2018. There were 12 hedge funds in our database with FOCS positions at the end of the previous quarter.

At the end of the fourth quarter, a total of 8 of the hedge funds tracked by Insider Monkey were bullish on this stock, a change of -33% from the second quarter of 2018. Below, you can check out the change in hedge fund sentiment towards FOCS over the last 14 quarters. So, let’s see which hedge funds were among the top holders of the stock and which hedge funds were making big moves. 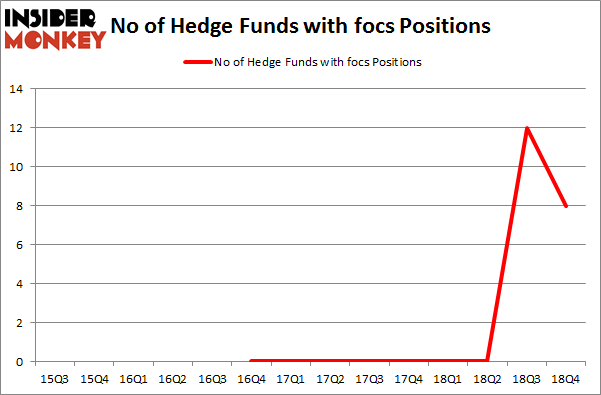 The largest stake in Focus Financial Partners Inc. (NASDAQ:FOCS) was held by Akre Capital Management, which reported holding $78.2 million worth of stock at the end of September. It was followed by Centerbridge Partners with a $62.7 million position. Other investors bullish on the company included Azora Capital, Millennium Management, and Royce & Associates.

Due to the fact that Focus Financial Partners Inc. (NASDAQ:FOCS) has witnessed falling interest from the smart money, we can see that there was a specific group of hedgies that elected to cut their positions entirely by the end of the third quarter. At the top of the heap, Robert Pohly’s Samlyn Capital cut the largest investment of the 700 funds tracked by Insider Monkey, worth about $42 million in stock, and Jeffrey Hoffner’s Engle Capital was right behind this move, as the fund sold off about $20.9 million worth. These transactions are interesting, as aggregate hedge fund interest fell by 4 funds by the end of the third quarter.

As you can see these stocks had an average of 17 hedge funds with bullish positions and the average amount invested in these stocks was $249 million. That figure was $170 million in FOCS’s case. Amicus Therapeutics, Inc. (NASDAQ:FOLD) is the most popular stock in this table. On the other hand Anixter International Inc. (NYSE:AXE) is the least popular one with only 14 bullish hedge fund positions. Compared to these stocks Focus Financial Partners Inc. (NASDAQ:FOCS) is even less popular than AXE. Hedge funds clearly dropped the ball on FOCS as the stock delivered strong returns, though hedge funds’ consensus picks still generated respectable returns. Our calculations showed that top 15 most popular stocks) among hedge funds returned 24.2% through April 22nd and outperformed the S&P 500 ETF (SPY) by more than 7 percentage points. A small number of hedge funds were also right about betting on FOCS as the stock returned 41.9% and outperformed the market by an even larger margin.