Atalan Capital is a New York-based investment fund founded by David Thomas. The fund disclosed an equity portfolio worth $210.81 million as of the end of September, up from $178.71 million reported as of the end of June. Some 38% of the portfolio was allocated towards the technology sector, while 37% were invested in consumer discretionary stocks. According to our calculations, Atalan’s 12 long positions in companies with market capitalization above $1.0 billion had a weighted average return of 14.10% in the third quarter, based on the size of these positions at the end of June.

Insider Monkey’s research has consistently proved that copying hedge funds’ for their long positions in companies with a non-microcap market worth is worthwhile in picking stocks. Overall returns of hedge funds are not impressive, due to the fact that they incorporate hedged returns and losses that mainly come from short side of portfolios.

Having said that, let’s take a closer look at some of Atalan’s top picks.

Atalan Capital inched up its position in Equity Commonwealth (NYSE: EQC) by 3% in the second quarter and by 6% in the third one. In this way, the fund held 796,121 shares worth $24.06 million at the end of September, while the stock went up by 3.7% during the third quarter. At the end of June, a total of 26 funds tracked by Insider Monkey held long positions in this stock, down by 4% from the previous quarter. More specifically, Governors Lane was the largest shareholder of Equity Commonwealth (NYSE:EQC), with a stake worth $56.5 million reported as of the end of June. Trailing Governors Lane was Renaissance Technologies, which amassed a stake valued at $49.8 million. D E Shaw, Numina Capital, and QVT Financial also held valuable positions in the company. 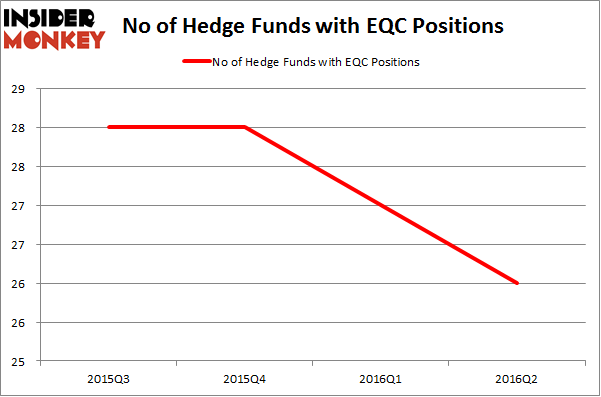