The debate over whether or not the U.S. should export its glut of natural gas – in a liquefied form known as LNG – is heating up. 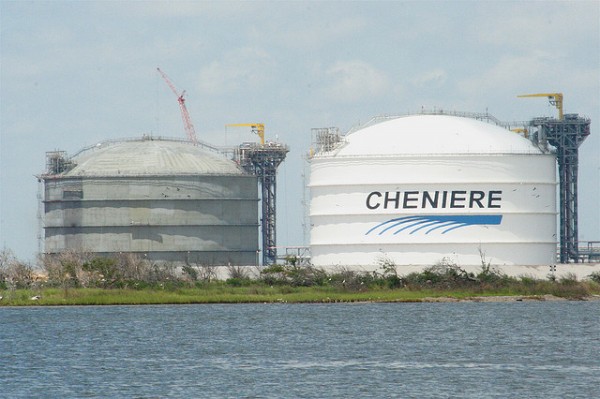 The main beneficiaries would be the companies exporting LNG abroad, as well as U.S. natural gas producers. So far, only Cheniere Energy, Inc. (NYSEAMEX:LNG)‘s Sabine Pass terminal has been green-lighted to ship LNG to countries that don’t have a free trade agreement with the U.S. But many more companies are restlessly vying for permits.

The main losers would include various manufacturing firms, especially those whose operations are highly energy intensive. Over the past couple of years, America’s shale gas boom has spurred a domestic “manufacturing renaissance,” as U.S. companies including chemical manufacturers and steelmakers have reaped the rewards of cheap and plentiful natural gas.

The argument against LNG exports
According to America’s Energy Advantage, an industry group supported by major industrial firms such as The Dow Chemical Company (NYSE:DOW), Huntsman Corporation (NYSE:HUN), and Alcoa Inc (NYSE:AA), allowing large-scale LNG exports from the U.S. would almost inevitably drive up the price of domestic natural gas and threaten to erode the competitive advantage U.S. manufactures have recently developed on the back of cheap natural gas.

Higher gas prices, the group argues, could lead to a substantial loss of jobs, as well as reduced investment, in the U.S. manufacturing sector.

Huntsman Corporation (NYSE:HUN) chemicals’ CEO Peter Huntsman suggests that if all the proposed export projects were green-lighted, it would cause the price of domestic natural gas to “skyrocket.” And Dow Chemical Company (NYSE:DOW)’s George Blitz argues that fears of a future spike in U.S. gas prices could seriously threaten the roughly $100 billion of new investment the company calculates has been planned to capitalize on cheap and plentiful domestic natural gas.

America’s Energy Advantage is instead advocating a “balanced” approach, suggesting that only a few more companies should be approved to export U.S. natural gas to countries that don’t have free trade agreements with the U.S.

The argument in favor of LNG exports
On the other hand, the Center for LNG – an industry group advocating unfettered LNG exports – and foreign countries eager to secure new supplies of relatively cheap U.S. natural gas are up in arms about the idea of restricting LNG exports from the U.S.

The Center for LNG argues that limiting gas exports would amount to unwarranted interference in energy markets, while some foreign countries are desperate for any chance to improve their energy situations.