CVR Partners LP (UAN): One Stock to Buy Before Earnings

Among the fertilizer companies about to announce their quarterly reports, one I am particularly looking forward to hearing about is CVR Partners LP (NYSE:UAN). The stock started the year with a bang, but is deep in the red now. After rising more than 10% in the first three weeks of January alone, CVR’s shares gave up 14% gains in the past three months.

Macro concerns have hit the fertilizer industry hard, yet several factors suggest that 2013 could turn out to be a good year for CVR investors. The small fry is set to report numbers next week, and if its first quarter lives up to expectations, it could also signal the beginning of a fresh rally for the stock. 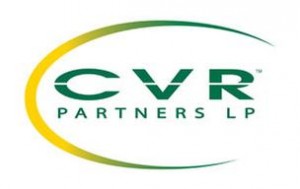 Analysts feel good about CVR Partners LP (NYSE:UAN), expecting its first-quarter earnings per share to rise 15% year on year. But I am amused by their unenthusiastic expectations of just 4% growth on the top line.

Given that CVR deals in the most widely applied nutrient, nitrogen, and the first quarter coincides with the peak fertilizer purchasing season in the U.S., I think CVR has a good chance to trample Street estimates on the top line. CVR had already pre-booked orders for nearly all of its expected urea ammonium nitrate (UAN) production for the first quarter. UAN made up 80% of its sales in the fourth quarter, so sales volumes shouldn’t be an issue. The only squeeze could be UAN prices, which are trending lower from where they were same time last year. Yet CF Industries Holdings, Inc. (NYSE:CF) remains optimistic about the UAN market going forward. As the largest North American producer of nitrogen, what CF says matter.

CF expects prices of UAN to pick up from the second quarter as slow domestic production is resulting in tighter supply conditions in the industry. UAN was the highest selling nutrient in terms of volumes for CF in its last quarter — it made up 46% of its total sales volumes — and the company is planning to convert larger amounts of ammonia produced to UAN this year. This indicates the profit potential of the nutrient, which is definitely great news for CVR Partners LP (NYSE:UAN) as it aims to convert 100% of ammonia to UAN beginning this year.

What investors should look out for next week is whether CVR translates its incremental sales to higher profits as successfully as analysts expect. The projected EPS growth of 15% looks achievable. How, you may ask, given that nitrogen fertilizer consumes large amounts of natural gas as input and gas prices have risen rapidly in recent months? The answer lies in CVR’s uniqueness.

CVR is the only North American company that uses petroleum coke instead of gas as feedstock. Until late last year, coke prices were on an upward trajectory, while gas prices headed south. This was the reason behind CVR Partners LP (NYSE:UAN)’s falling profits even as peers CF Industries Holdings, Inc. (NYSE:CF), Terra Nitrogen Company, L.P. (NYSE:TNH), and Rentech Nitrogen Partners LP (NYSE:RNF) reported robust growth in their bottom lines. But the tables are turning.