Billionaire Carl Icahn is best known for his activism within the investment industry. Just like Warren Buffett, Icahn’s opinions or investments decision are always in the news. Even rumors regarding his action on a particular stock could drive its price up or down. Is it rewarding to follow Icahn’s stock picks?

According to Forbes, Icahn gained almost $2 billion from his stock investments. His performance is a clear demonstration that following his stock picks will be rewarding. Icahn described his strategy as Graham & Dodd investing with a kick. He generally invests in undervalued or mismanaged and pushes for changes to realize its appropriate shareholders value. Ken Squire, founder of 13D Monitor and 13D Activist Fund described Icahn as “incredibly smart” and his “ability to value a company is second to none.” 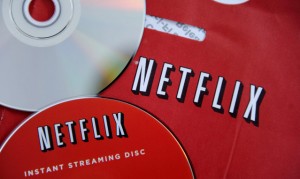 The best way to make money with Icahn is to invest in his favorite stock because it has a great management. Of course, the company is none other than Icahn Enterprises LP (NASDAQ:IEP). He is the chairman of the board and owns an 89% stake in the company. Icahn Enterprises is a master limited partnership and it is engaged in nine primary business segments including investment, automotive, energy, gaming, food packaging, home fashion, metals, rail car, and real estate.

The stock is trading at a discount of its book value, and the company recently approved a $4.00 per share annual dividend payment, which represents an annual yield of 6.5%. Since January 2000, shares of Icahn Enterprises LP (NASDAQ:IEP) increased by 1,003%, which represent 20% annual returns. Over the past year, the performance of the stock, increasing by 81.6%, is much better than the 13.4% returns of the S&P 500, and Warren Buffett’s Berkshire Hathaway at 26.2%. He launched an activist strategy against the company, citing that its stock was undervalued. Icahn issued a tender offer for $30 a share, and a contingent value right. By April of 2012, 55% of the outstanding shareholders of the company offered to sell their stockholdings to Icahn. Icahn Enterprises currently owns an 82% stake, worth $3.6 billion.

In January, CVR Energy approved the distribution of a $5.50 special dividend, and adopted an annual dividend of $3 per share. The oil refiner and fertilizer company expects to generate $700 million free cash flow this year.

In October 2012, Icahn acquired an almost 10% stake, or more than 5.5 million shares of Netflix, Inc. (NASDAQ:NFLX) at around $58 per share. The report regarding Icahn’s acquisition of the shares of the online video streaming company pushed the Netflix’s stock price higher. Netflix stock is currently trading around $173 per share, up by $115 since Icahn’s acquisitions.

When Icahn bought his stake in Netflix, he believed that the stock to be worth much more than $58 per share because of its dominance in the market. His plan was believed to be to find buyers that could boost and accelerate Netflix’s distribution, and willing to pay a premium price for the company.

Netflix, Inc. (NASDAQ:NFLX) CEO Reed Hastings implemented a “poison pill plan” to prevent Icahn from acquiring more shares to gain control of the company. Even if Icahn failed to push his agenda on Netflix, he is still victorious because the shares continue to trade higher.

Hastings and his team proved to Icahn that they have a vision and they know how to execute their strategies effectively. When rumors came out that Icahn had been selling his shares in Netflix, the stock price dropped. Icahn immediately refuted the rumors and said that he never sold any stock since his acquisition. His statement demonstrates that he really likes Netflix.

Steven Bertoni of Forbes quoted a previous statement from Icahn saying, “We like Reed Hastings. I told him when a guy makes me 800 million bucks; I don’t punch him in the mouth.”