Keith M. Rosenbloom’s Cruiser Capital Advisors often sails into the unknown, as an investment firm that manages special situation opportunity funds. Luckily, this New York City-based investment advisor has a high-quality management team that “can react to missteps or headwinds,” as its founder Mr. Rosenbloom says, that way driving interesting opportunities. Since its inception in 2001, the firm provides its services mainly to pooled investment vehicles, and is devoted to fundamental investing and investing in people who are proved to be highly qualified in what they do. Cruiser Capital Advisors is giving a competitive edge to a process of assessing specific situations worth investing in by keeping a score on the performance of management teams and its managers.

Mr. Keith M. Rosenbloom, the firm’s principal owner and a managing member, has almost 30 years of experience in investing, and holds a B.A. from Yale University, where he graduated cum laude. From 1996 to 2001 he worked at Merchant Banking at Commonwealth Associates, LP as a Managing Director. Since 1998 he served as a Director of Predict It Inc., while he held the same position at Lil Marc, Inc. since August 2001, where he also served as a President. For two years, until May 2004, Mr. Rosenbloom was a Director of Comdial Corp. He’s also a Director of Female Athlete.com and Internet Gift Registries, as well as a Director at Enviro Global Corp. since September 2000. Meanwhile, he served as Partner of Comvest Partners as well as ComVest Investment Partners I. Mr. Rosenbloom is also the co-founder and President at Care Capital Group as well as the Portfolio Manager of the CARE Fund. He’s also on a number of charitable boards such as Hatzalah, Israel’s private EMT service, and Hillel International, to name a few. 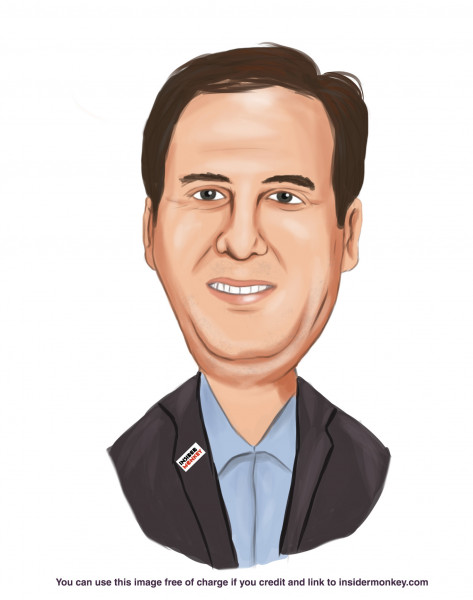 With “cash and patience” being its allies, and a certain amount of skepticism when it comes to market cap, Cruiser Capital Advisers utilizes a concentrated long/short equity strategy when investing in a restricted number of companies which are publicly traded. When investing, the firm seeks special situations in equity, structured and debt products markets, and uses fundamental research and analysis. For instance, company spin-offs are definitely on the firm’s radar, since they are “often mis-priced arbitrage situations.” After all, spinoffs are shrinking to grow, while its stocks often have high growth potential. So, besides being often mis-priced by a market, spinoffs are operating better, due to being smaller and being managed by more focused and more qualified managers who are more devoted to shareholders – precisely the type of people Cruiser Capital Advisers like to invest in.

Over the years, Cruiser Capital Advisers has been recording positive returns. For instance, after more than a decade of investing, in 2012, the fund announced it had returned 25.91%. In addition, according to the fund’s Form ADV from March 2018, it manages around $112.17 million of high net worth individuals’ assets, around $33.81 million of assets of pooled investment vehicles and $45.87 million of assets of other investment advisers.

Insider Monkey’s flagship strategy identifies the best performing 100 hedge funds at the end of each quarter and invests in their consensus stock picks. This way it is always invested in the best ideas of the best performing hedge funds and is able to generate much higher returns than the market. Since its inception in May 2014, our flagship strategy generated a cumulative return of 89%, beating the S&P 500 ETF (SPY) by 29 percentage points (see the details here). More importantly though our short stock picks lost 20% in a bull market and generated a cumulative alpha of 40 percentage points in 2 years.

On December 31st, 2018 Cruiser Capital Advisors counted 32 positions, out of which 8 were added during the fourth quarter of 2018, while 21 were dropped. The fund’s equity portfolio was valued at $151.90 million. Even though the fund’s stock picks weren’t among the 30 Most Popular Stocks Among Hedge Funds during the previous quarter, the fund made some smart investment moves. Let’s run through some of the interesting changes on the next page.

Enterprise Diversified (SYTE) ‘Is Worth Far More Than Book Value’...